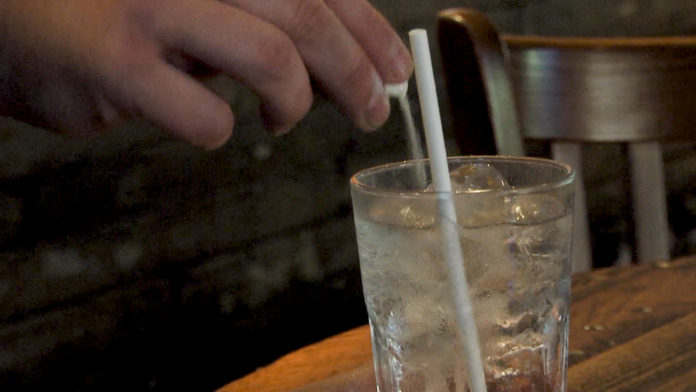 Training for pub staff and anti-spiking devices are being used to protect women in Newark at night.

Newark and Sherwood District Council is running awareness campaigns about the crime to prevent incidents in the run-up to Christmas.

‘Spiking’ involves dropping drugs or adding extra alcohol into another person’s drink without them knowing, sometimes with the intention of committing rape or sexual assault.

Anti-spiking bottle stoppers and protective drink covers are being given to pubs and bars in the town.

Training schemes are also being organised to help staff spot when it occurs.

The authority says the crime is “very uncommon” in Newark but that, in the lead-up to the festive period, it is “important to highlight the risks”.

A council spokesperson did not provide specific figures on how many spiking incidents have been reported to its licensing department.

But they confirmed a ‘night of action’ has been held in Newark to raise awareness about drink spiking.

Another event, arranged for December 16, will involve awareness sessions on female safety delivered to hospitality staff.

Products such as the anti-spiking bottle stoppers will and have been made available during the nights of action.

And information campaigns will be held on social media alongside dedicated training to support hospitality staff.

“We do not believe Newark and Sherwood has a problem, but in the run-up to Christmas, we feel it is important to highlight the risks.

“We continue to raise awareness via social media and we have also had awareness sessions on female safety delivered to staff in licensed premises.

“We have [also] hosted a ‘night of action’ in Newark to encourage the campaigns and have another one arranged for December 16.

“Related products will be available during the nights of action.”

The council says this funding round focuses on “best practices for reducing violence against women and girls, particularly in the night-time economy”.

The pot, which is the fourth round of the fund, covers Newark and Sherwood alongside neighbouring Bassetlaw.

An initial £2,500 will be used on the Newark spiking plans, though the council says more cash “may be available”.

Mrs Henry told the Local Democracy Reporting Service: “It’s important that, when people go out in the night-time economy, they are safe – and that they feel safe too.

“This training through the Safer Streets fund means that when people go out in Newark, they will have a bigger network of trained people looking out for them.

“These trained workers will be better equipped to prevent harm, spot signs of vulnerability, challenge anyone trying to take advantage of people and also support victims.

“Every member of the public can also help with this, by looking out for their friends and also calling out any inappropriate behaviour in public.”

The incidents were believed to be administrated by something sharp, such as a needle injection.

The Newark initiatives will be discussed at the authority’s licensing committee on Thursday (December 1).

Councillors will discuss the initiatives and debate whether to include violence against women and sexual harassment and misconduct in its licensing policies.

These policies are used when determining licences for new pubs and bars, and the planned changes come in response to new Government advice recommending the shift.