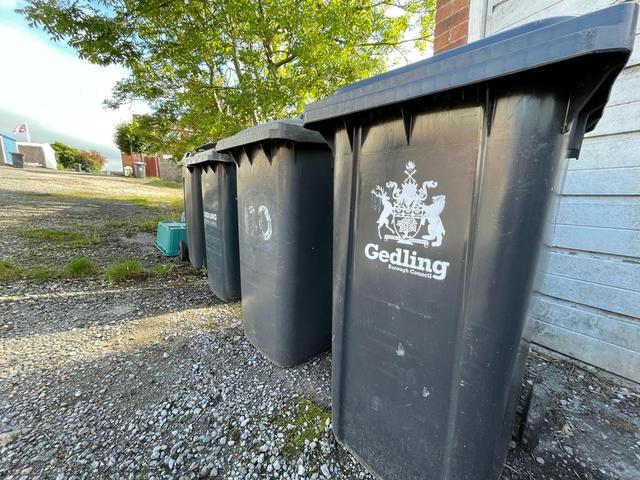 All bin-collecting authorities in Nottingham and Nottinghamshire have confirmed the changes residents can expect ahead of the extra bank holiday to mark the funeral of Queen Elizabeth II.

Households expecting to get their bins emptied on Monday, September 19 will face changes to their collections, with some councils bringing rounds forward to Saturday (September 17) and others emptying bins later in the week.

It comes as councils give waste collection staff the opportunity to mark the passing of Her Majesty and to pay their respects.

The nation will watch as the Queen’s funeral takes place in Westminster Abbey at 11am, with His Majesty King Charles III declaring the day will be a bank holiday.

Below are all the changes for Nottingham City Council and the seven district and borough authorities.

Nottingham City Council has cancelled all bin collections scheduled for Monday (September 19) and has rearranged them for two days earlier, on Saturday (September 17).

All other collections will take place as planned from Tuesday (September 20).

All Ashfield due to be collected on Monday will also be collected on Saturday, September 17, affecting homes mainly in Sutton-in-Ashfield as well as “pockets” of Annesley, Hucknall, Kirkby and Selston.

Ashfield District Council says any bins that are unsuccessfully collected on Saturday will be emptied on Tuesday, September 20, but “only houses we haven’t already covered”.

Cllr Samantha Deakin (Ash Ind), cabinet member for parks, town centres and environmental services, said: “As many bins as possible due for collection on Monday will now be collected this Saturday.

“Any routes that we don’t collect on Saturday will be collected the following Tuesday.

“We’d like to thank our bin collection staff.  Many of them are doing overtime and others have cancelled their plans on Saturday to make this possible.”

All bin collections in Bassetlaw will be collected one day later than their usual collection date due to the funeral.

This means rounds due to be held on Monday will take place on Tuesday, with Tuesday’s collection delayed until Wednesday and other collections delayed by a day through until Saturday.

Collections will return to normal from Monday, September 26, the authority adds.

Broxtowe Borough Council is also rescheduling collections due on Monday for Saturday, September 17.

The authority says all other collections throughout next week will remain the same.

The same system will be in place in Gedling, with Monday collections to take place on Saturday.

Homes due for bin collections on the day of the funeral have been asked to present their bins for collection by 6am on Saturday.

Collections will resume as normal throughout the week.

The authority said the change has been communicated directly to affected residents via text message.

Collections will take place as normal for the remainder of the week.

A spokesperson said: “The council is treating this as a usual bank holiday, following Government advice, to give all our staff the opportunity to mark the day.”

The same system is in place at Newark and Sherwood District Council, with collections scheduled for Monday to take place two days earlier.

The authority says this includes trade waste bins, with the remainder of the week to have regular collection dates.

All Rushcliffe homes due to have grey or blue bins collected on Monday will also have their collections take place on Saturday.

Green bin collections in Keyworth due on Monday will take place one day later, from 7am on Tuesday (September 20).

Saxondale, Owthorpe and the Greenacres mobile home park will have their bin collections rearranged to Friday (September 23).