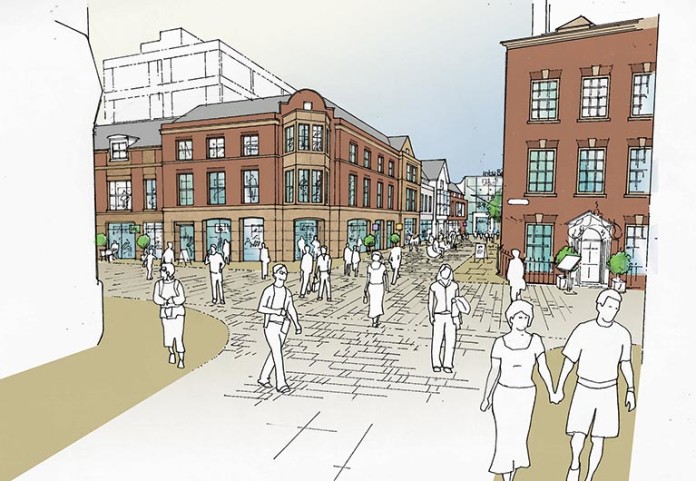 Proposals for a multi-million pound redevelopment of intu Broadmarsh shopping centre have had an overwhelming seal of approval with 89% of people saying they are in favour of the scheme.

The proposals to change the shopping centre entrance at Drury Walk were approved by the city council back in 2011 and the redevelopment plans have appeared for the first time online and in the exhibition hub at intu Broadmarsh,  which hundreds of people visited to take a look.

More than 1,600 people took part in the survey with 83% of respondents saying they would be “quite likely” or “very likely” to visit after the shopping centre’s redevelopment.

Adam Tamsett, general manager of intu Broadmarsh, said:  “We were absolutely delighted with the huge number of people who responded to our survey and who came to the exhibition hub to see the visuals and ‘fly through’ film.

“The redevelopment of intu Broadmarsh has been a hot topic in the city for some time, and we were delighted to invite customers to let us know what they thought of our proposals, says Mr Tamsett.”

The new centre is set to include: