Detonate is a club brand that is known for hosting the very best acts in the drum and bass genre and has recently branched out into grime.

As well as the annual festival held at Colwick Country Park, Detonate also holds monthly events throughout different venues in Nottingham as well as hosting events at different cities around the UK.

This will be the first festival I have played

Opening The Lakeside stage with a set time of 11am-12.15pm is a Nottingham Trent University student whose stage name is Mburu.

He said: “This will be the first festival I have ever played and I’m really excited, way much more so than nervous.

“It came about through a slot being available and one of the promoters just hit me up.

“I’m definitely going to be staying around as well for the whole day and will be exploring what’s on offer!”

Here we take a look at what acts are on offer at the festival this weekend.

The Festival’s Main Stage is where the cream of the crop of drum and bass and grime will entertain thousands in the heart of Colwick Country Park.

Chase & Status are the headline act for the festival and their DJ set will feature some of their greatest hits across their three albums, such as End Credits, Blind Faith and Count On Me.

Making a rare Nottingham appearance is the internationally acclaimed garage legend Craig David, who is bringing his TS5 DJ set to Colwick.

One of the biggest stars to have emerged in the grime scene, Stormzy will dazzle the crowd with 40 minutes of the genre’s finest.

The Big Top will showcase some of the finest underground drum and bass, dubstep and drumstep acts around with all different strands of the genre being delved into thanks to a stellar line-up.

Headliners Noisia will bring their own flavour of drum and bass to the ears of Nottingham with tracks such as Could This Be and Machine Gun.

The decks for the headliners will be red hot after Friction has finished his set, one of the pioneers of popular electronic music brand UKF, having played his plethora of tunes including Freak.

Fred V & Grafix is also a leading name in UKF as well as internationally known Hospitality Records, specialising in liquid drum and bass, shown in their tracks such as Ultraviolet and Constellations.

The Pontoon is home to a variety of different genres but there is a focus on some big names in the house genre.

Redlight is the headliner of the stage but is playing an earlier set time of 7-8pm; he has been active as a producer and DJ since 1999 and continues to produce and remix some of the best known tracks in the genre, such as his remix of Tazer x Tink’s Wet Dollars.

Chris Lorenzo is one of the men behind the scenes of making international DJ Hannah Wants what she is today and his set will not disappoint; check out his FABRICLIVE mix on Soundcloud for and idea of what to expect.

DJ Zinc is a man of many talents having established his name in both the drum and bass and house scene but has recently focused his efforts on house music, such as his release earlier this year of My Energy.

The Lakeside also showcases a variety of acts across a range of genres, with TQD headlining the stage.

The trio of Royal T, DJ Q and Flava D are among the current pioneers of the bassline genre with their sets constantly trending on social media.

Holy Goof is an emerging bassline DJ with Detonate Festival one of his biggest gigs yet, especially with a time slot just behind the headliners.

Novelist is one of the biggest producers in the grime genre at the young age of 19 and appeared on Skepta’s debut album released earlier this year.

The Woodland is a stage with a twist; it’s centred in the middle of the woods giving a much more intimate feel to the DJs that will be playing there.

Hodge specialises in techno and will be bringing some of the best in the genre to the sounds of the woods, a perfect setting for this kind of set, especially if his Boiler Room Bristol set is anything to go by.

Paleman & Chunky are DJing together in the evening and you can expect a bass heavy set from this duo, especially if Paleman’s Beezledub is anything to go by.

German DJ and producer DJ Koze also specialises in atmospheric techno with a clear focus on creating atmosphere to his productions such as his remix of Made to Stay. 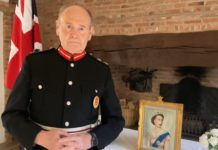 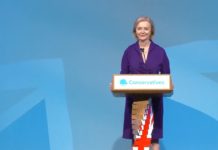 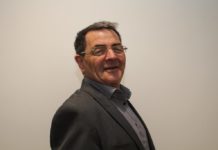