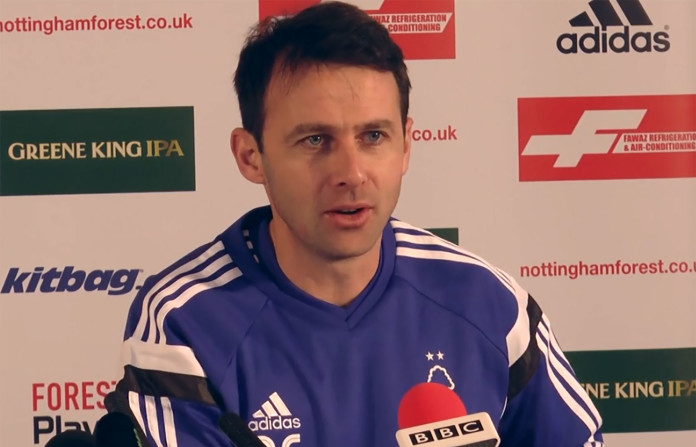 New Nottingham Forest manager Dougie Freedman is looking forward to the challenge as he looks to improve on the club’s position of 12th in the Championship.

Forest’s 1-0 home defeat by Milwall last weekend left the club with just one win in 11 and proved to be Stuart Pearce’s last game in charge.

Freedman was appointed just hours later and his first task will be to get the confidence back within the club which was evident in their recent 2-1 win over local rivals Derby County.

“It is a wonderful club full of great history and any professional manager would love to work here but my job is to get the player back on the track of winning games of football,” Freedman said.

“This squad is more than capable of doing that and they have showed a fantastic commitment when I took the first training session.”

Freedman’s job from the start was made even tougher as the restriction on signing players tightened with the club placed under a full transfer embargo over the non-payment of a fee to Peterborough for Britt Assombalonga.

But the ex-Bolton and Crystal Palace manager believe he has enough in his squad to force his side’s way up the table.

“The squad has great depth and in my view doesn’t need anyone adding to it to challenge for further places up the table,” he said.

“My time at Crystal Palace and Bolton also came with its own restrictions on buying players so I have worked under than environment before.”

“It is a wonderful club full of great history and any professional manager would love to work here but my job is to get the player back on the track of winning games of football.”

But once again Freedman remains unnerved and is looking forward to the opportunity a fresh start will bring him at Forest.

“Lennie Lawrence will once again be my right hand man and is an outstanding coach and is someone who I can bounce my ideas off,” he said.

“Looking into replacing the others, we have a number of good academy coaches and there will be a number of them pitching in to help over the coming months.”

Forest ambassador John McGovern said he was delighted to have someone of Dougie’s experience on board.

“Dougie was available and of course it was a very sudden move to change managers but with someone available of his experience it made the transition easier,” he said.

“He has experience of the league and the players and it was an ideal situation to get someone in who was free rather than having to wait for a new manager.”