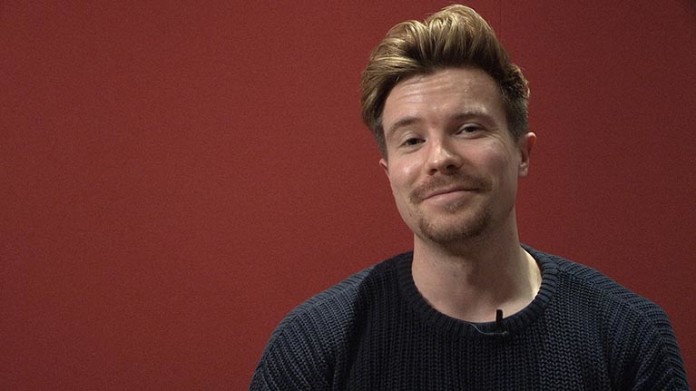 Joe Dempsie, who trained at the Television Workshop in Nottingham spoke at Confetti’s Industry Week in March.

He was at the creative college to speak and inspire young people who want to go into the acting world.

He said: “I really like meeting and talking to young people wanting to get into film and tv because it’s becoming a much more viable option now.”

“Places like Confetti and the workshop have made it seem like a career and film a real possibility.”

As well as giving advice to the students he also talked about his own career starring in hit series like teen-drama Skins and Game of Thrones.

He said: “Skins was very much of it’s time – a lot of cultural influences were around then with a similar mindset like new-rave music and people dressing up in these ludicrous outfits – the stars aligned really.”

Video: Joe Dempsie on getting the part in Skins and why it was a “risky show”

He says that the over-the-top parties and excessive drug use, which the show was criticised for at the time, was far away from his own teenage years.

“I thought I was really sad because I’d never had parties like that!” he said.

Another show the Notts actor is known for is Game of Thrones in which he plays Gendry.

He says that initially he auditioned for the part of John Snow (not to be confused with the newsreader) along with, as he describes “every other person in London” but was unsuccessful.

After several callbacks he eventually got the part of Gendry, one that he says he empathised with more.

He says he is open to any role in the future if the script is right and his just finished filming This Is England 90.

“We filmed this bizarre scene where I have a snooker triangle over my eyes and i’m offering a pound of hash as a sacrifice – I won’t say anymore than that.”

Video: Joe Dempsie on Game of Thrones and how at first he thought it could be “HBO’s first big flop”