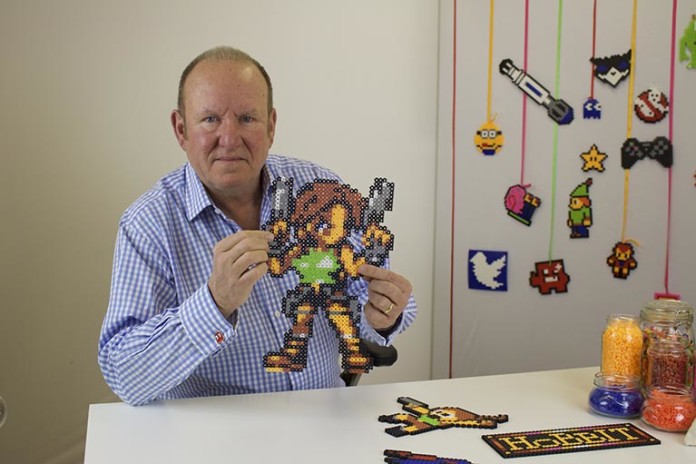 Mr Livingstone CBE, who co-founded Games Workshop in the 1970s, has become non-executive chairman of the small business that makes Simbrix – a construction toy which enables users to make complex patterns and shapes out of small coloured beads.

Now, following successful period of product testing with overwhelmingly positive feedback, Assim Ishaque, who started Simbrix, is hoping to raise £10,000 through a crowdfunding campaign on the Kickstarter website.

“Simbrix is a cross between fusion beads and Lego. It is fun, creative and completely absorbing and we know from product testing at craft fairs that Simbrix has a massive appeal with people of all ages from five to 75,” Ishaque said.

“The money raised from the crowd-funding campaign won’t be going into the development of prototypes – because we’ve already perfected the design using 400 prototypes over the past two years.

“Instead, the money will be funding the manufacturing of Simbrix so that kits can become available to buy at Amazon and eventually from High Street retailers.”

There’s no limitation to what you can do with these incredible interlocking toys.

Mr Ishaque first met Ian Livingstone at the 2014 GameCity video game festival in Nottingham and the Kickstarter campaign will launch on Monday April 20.

“We had a stall set up where people could play with the beads and Ian Livingstone was one of the people who came over to see what the crowd was looking at,“ said Ishaque.

“He started playing with the beads himself and became quite absorbed by them. He later introduced himself and asked me to send him some beads.”

Mr Livingstone, who won a BAFTA for his services to the UK gaming industry, described the product as a ‘brilliant construction toy’ in a recent sit-down with the business.