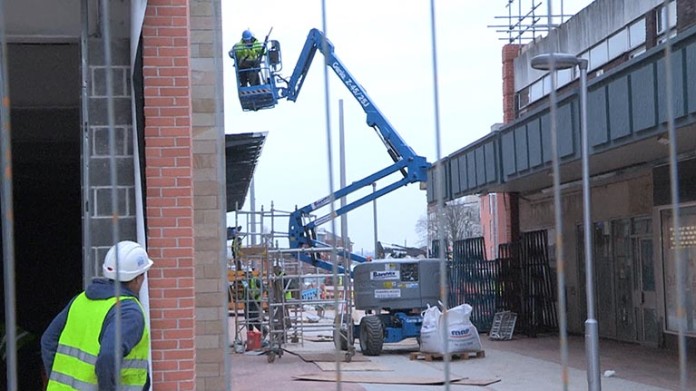 Residents in Beeston are facing further disruption, following tram and road works, as National Grid has said it needs to carry out additional work on aging gas mains.

With the well documented tram delays, businesses and residents of Beeston have had a lot to endure over the past year.

And the situation doesn’t seem to be easing with National Grid taking its time to start gas maintenance, with a start date yet to be confirmed.

The town’s businesses have struggled with less people able to access the town and James Morris, who has been selling jacket potatoes in Beeston for 20 years, knows that customers’ patience is wearing thin.

“The work is causing massive disruption to the area with people still having to come to work and I still have to serve my customers,” he said.

“I get people coming up to me and giving me their views all the time and the general consensus is one of frustration with the traffic issues caused.”

Video: What the small businesses of Beeston think to the issue

All the tram and road works could detract from the fact that the festive season has arrived in the town with just 20 days until Christmas.

However, Santa’s little helpers at the Grotto, situated in and around the current work going on, are trying to keep the festive spirits high in the face of all the disruption.

Video: The festive joy doesn’t stop despite all the road and tram works in Beeston