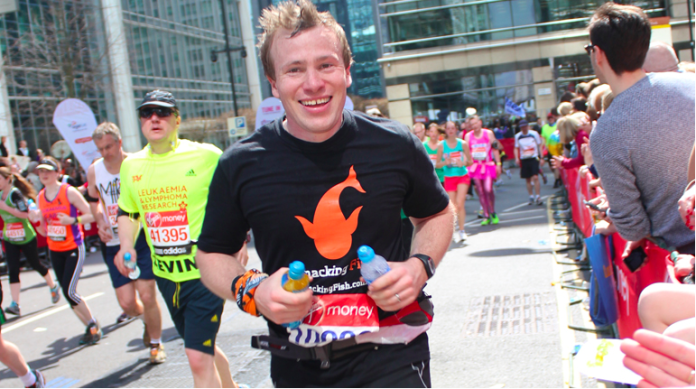 Alistair Lawson will soon be jetting off to sunny Fiji to help grow his business after winning a competition for his business idea called ‘Smacking Fish’.

Graphic Designer, Alistair Lawson, 34, originally from Gedling, has won an all expenses paid for trip to Fiji after applying for the competition with his business idea called ‘Smacking Fish’.

He was one of six winners of the competition ‘This is Your Life Change‘, created by the Australian online magazine, Life Change the Revolution, which had over 3,500 applicants.

The six winners will be taken to a remote Fijian Island for two weeks to meet with a business coach, life coach and personal trainer.

The public chose the winner as they voted for their favourite candidate online.

More than 10,000 votes were cast for the competition, with Alistair finishing ahead of over 3,500 applicants form 60 different countries.

Alistair’s business ‘Smacking Fish’ is a motivational social network which allows users to post their own life changing and motivational stories, so they can share them with others. Alistair was ecstatic about winning the competition.

It was amazing to be short listed to the final 50, so to be chosen as one of the top six is incredible.

He said: “I am really happy that they have seen potential in what I’m trying to do and that they can help me make it a reality.”

The name ‘Smacking Fish’ came to Alistair when he was on a Columbian beach with his brother-in-law who was hit in the face by a fish that jumped up at him.

Alistair believes sharing your goal’s is the best way to achieve them.

Since it’s inception Smacking Fish has gained thousands of followers through other social networks such as Facebook and Twitter, gaining support from all over the world. When asked what made Smacking Fish different from other social media sites, Alistair said it’s all about providing people with the necessary tools and support to achieve their goals.

He said: “I feel as though a lot of the other networks kill people’s dreams and goals by hounding them with reminders that they haven’t done something by a certain date or haven’t completed the steps they’d set for themselves.”

The trip will teach Alistair the fundamentals of running this type of business.

He said: “I want to make a real dent in getting the ball rolling on getting the Smacking Fish philosophy out there.”

He is also very excited to meet the other five finalists, and is looking forward to brainstorming ideas with them to potentially help Smacking Fish become a house hold name.

As for what they have planned for us I’m not too sure. So that’s really exciting.