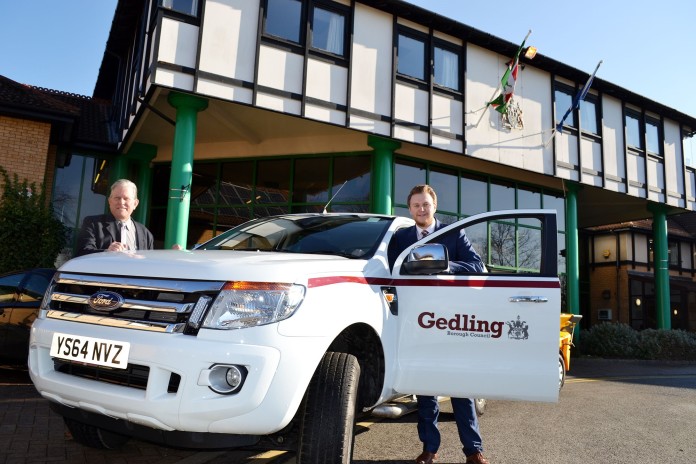 A new emergency response vehicle bought by Gedling Borough Council is to be used in the fight to keep the district moving when bad weather hits.

The council has invested in a four-wheel drive Ford Ranger van that will be able to spread grit during snowy weather as well as tow stranded vehicles and supply sandbags in flood-affected areas.

Bought as part of an on-going strategy to improve the council’s emergency responses, the truck will be managed by the parks and street care team, who support Nottinghamshire County Council’s county wide emergency response teams.

The new buy also comes as the council pushes for a £30,000 investment into flood risks around the borough.

“We’ve a clear role to play in supporting the operations done by the main emergency services and this vehicle will allow us to grit some pavements and pathways and help support the county council’s gritting responsibilities when needed.”

“It will also allow us to get help to those who are affected by flooding a lot easier and a lot quicker, which will make a big difference.”