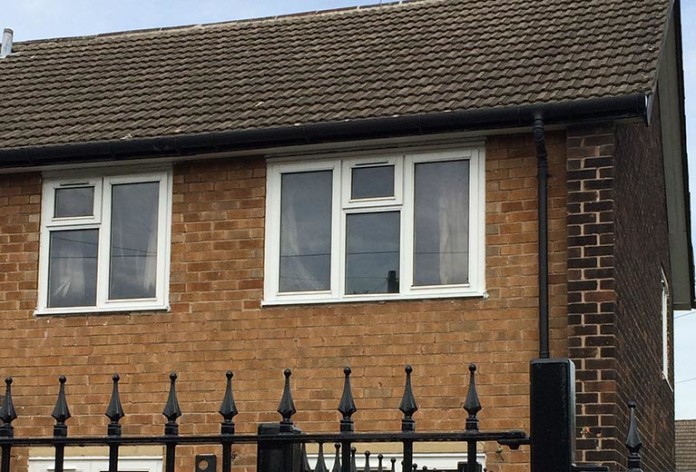 A man has died in his home in Strelley after his flat caught fire.

Residents were left in shock as a fire broke out in a flat on Moor Road around noon on Tuesday.

A man in his 50’s who was believed to be named ‘Mr Teggart’ was pronounced dead at the scene.

A statement released by Nottinghamshire Police read: “The force and Nottingham Fire and Rescue Service are set to investigate the cause of the fire.” But police are not treating the fire as suspicious.

Eric Walker, 90 of Moor Road lived opposite the flat and had known the victim’s father and grandfather. He said: “He’s been here for 15 years, he kept himself to himself and was a good neighbour.

“I heard banging outside and went to the gate to have a look, a fire engine had just pulled up. Another one arrived and there was some dense smoke coming from the house.”

We thought no one was in the flat as he’d been ill in hospital for a while. Its a shame because he was a nice chap.

Another Strelley resident, Lyndsey Brearley, 29 of Moor Road suffered the loss of her own home two years ago as the result of a blaze spreading from a neighbouring house.

She said: “I’m upset and gobsmacked that this has happened. This shouldn’t happen to anyone.

“It was upsetting and it brought back memories for me, it could have easily been my kids.”

Nottingham Fire and Rescue Service have acted on the tragedy and are keen to make sure that the local community won’t suffer from similar incidents.

A statement released by the service read: “We will be advising people on basic fire safety issues such as fitting and regularly testing smoke alarms.

“We will also be offering support such as checking to see if neighbours are eligible for our free Home Safety Checks.”

Those wanting fire safety advice following the man’s death at Strelley can speak to crews and the community safety team in the area over the next couple of days or visit the NFRS website at http://www.notts-fire.gov.uk/AtHome.asp, call 0800 022 3235 or contact their local station