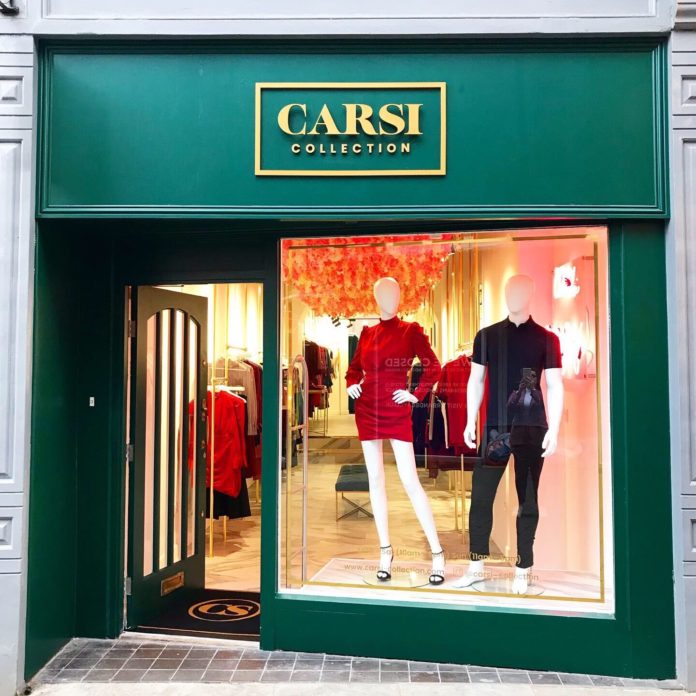 The shop’s called Carsi, an amalgamation of both their names (Carvalho + Silva = Carsi), opened in Nottingham earlier this month. It started off in Portugal as a swimwear and bikini brand before Joao Carvalho signed for Nottingham Forest in June 2018 for a club record fee of £13million. The collection has now grown to include luxury party wear and smart menswear, including tailored blazers and trousers, including a collection designed in collaboration with Joao, called Carvalho x Carsi. The shop on Bridlesmith Gate is now their flagship store and was designed by Proici Commerical Interiors, a design and build company based in Nottingham. The shop has been designed specifically for Carsi, with polished brass fittings and a warm emerald green accent colour used throughout the interior.