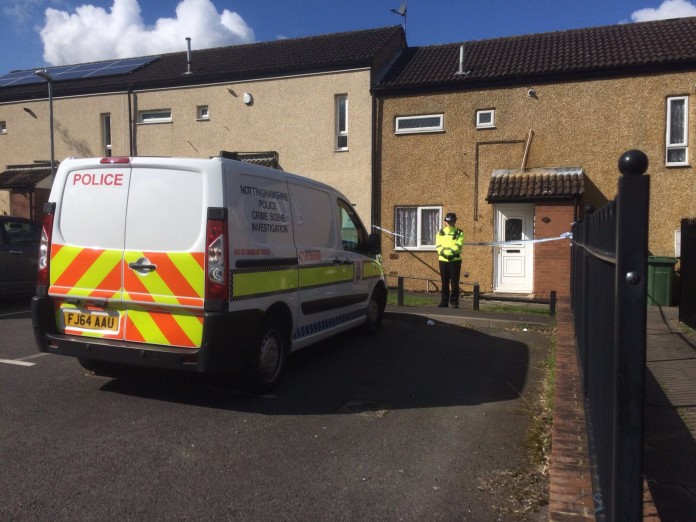 Police are investigating reports a man was dragged from a house in Bulwell and bundled into a car before being driven away by two men.

It happened at a house on Broad Eadow Road, off Snape Wood Road, on Wednesday afternoon.

Detectives say the 20-year-old victim then turned up on a Leicester street at 1am this morning with minor injuries.

A police cordon is in place around the house and officers are examining an area at the back of the property, with the cordon bordering on to Snape Wood Road.

Police were first called about a disturbance on the street at 4pm.

A Notts Police spokesman said: “Witnesses described a man being taken from the house by two men, forced into a vehicle and driven away.

“At just before 1am today the victim, who was on foot, was located in a Leicester street. He received treatment for minor injuries at Leicester Royal Infirmary.

“Officers are now working to establish the circumstances surrounding the incident.”

Anyone with information is asked to contact police on 101, or call Crimestoppers anonymously on 0800 555 111.