A new licence for the recently-renovated Nottingham Castle will restrict large events to no later than 12.15am.

Alcohol sales will also be stopped at 11pm and event management plans prepared to reduce potential disruption for neighbours.

Planning is under way by Nottingham Castle Trust, the organisation responsible for its upkeep, for future large events.

As part of its plan, the trust submitted a bid for a new licence aimed at managing events and the sale of alcohol.

It replaces a long-standing licence which was last amended more than a decade ago.

Under the new agreement, ratified by Nottingham City Council on Tuesday (July 20), stricter planning and preparation will be put in alongside the police and council to manage noise and nuisance.

Events must also stop 15 minutes earlier than the previous 12.30am limit.

For events with more than 500 attendees and when alcohol is being sold, an events management plan must be provided in advance.

She said: “The conditions are significantly longer than the current licence, and since the application was submitted have developed further.

“There are very comprehensive conditions agreed with the police [in relation to crime and disorder], these apply to all events where alcohol will be sold.

“The new licence is for the same opening hours and activities, except that there is a small variation for late-night refreshments.”

During the meeting, there was debate about the potential risk of public nuisance and noise emanating from the castle.

Ms Phillips told the committee a noise management plan must be introduced six weeks prior to an event, and that fewer events could take place each year.

Shilpa Shah, who lives near the castle, spoke at the meeting and said: “The concern is that screening films outside or hosting late-night events is going to cause a real and appreciable nuisance to residents.

“My focus is on public nuisance. It’s not just a nuisance of not watching TV in the evening, but the effect it can have on peoples’ health and wellbeing.

“When people have been to a lively, fun event it is difficult to control the level of noise.”

However, an agreement was met between the trust and Ms Shah over the importance of events for tourism.

Assurances were also given that events will be responsible and consciously managed.

Ms Phillips added: “We are committed to being a responsible premises and to being a good neighbour, and hope it is reflected by efforts to engage proactively with residents.”

Councillor Toby Neal (Lab) is chairman of the panel B licensing committee.

He said: “This is the classic example of balancing the needs of city living and the economic regeneration of the city centre.

“We are granting this licence and if residents have issues with specific events, residents are entitled to ask for a review.” 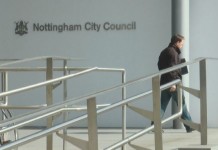