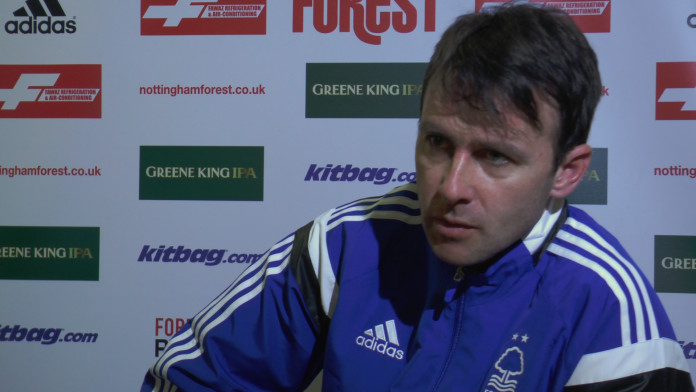 Nottingham Forest face a tough challenge when they travel to Blackpool in tomorrow’s clash – according to manager Dougie Freedman.

Freedman’s men – who are without talisman striker Britt Assombalonga – will go into the Sky Bet Championship game against Blackpool off the back of two consecutive victories.

Forest romped to a three goal victory in their mid-week match against Wigan Athletic however their new manager expects a challenge at Bloomfield Road.

“Blackpool is going to be a very difficult match, and I mean that from the point of view that they are still fighting for their lives,” said the 40-year-old.

“It’s very very difficult when you go away from home and teams are fighting for their lives and their crowd is going to get behind them.

“I watched them on Tuesday night and it was a very difficult match for Middlesborough. We need to make sure that we are professional, that we have got a plan and that we stick to it.”

The Scotsman also hailed Forest’s fans, who he believes will be crucial in the last 10 minutes of the game.

The Reds were victorious the last time they played Blackpool, who are currently sitting at the bottom of the Sky Bet Championship, with a 2-0 victory at the City Ground in August.

Forest will also be going into the game against Blackpool without leading goal scorer Britt Assombalonga after the striker was ruled out for 12 months due to a knee injury.

Assombalonga, Forest’s top scorer this season with a total of 15 goals, will be unable to play for the next year as he recovers from having surgery on his knee.

The striker, who was a record signing for the club last summer after joining from Peterborough United, picked up the knee injury while playing against Wigan Athletic on Wednesday night.

Commenting on the striker’s injury, new boss Dougie Freedman, who has enjoyed success at the club so far with two wins in a row, said that he is sure that the talisman will bounce back.

“First of all, we have got to think about the kid, he is a wonderful guy and for that to happen it’s very disappointing for him and his family,” added the 40-year-old.

“We have a fantastic medical team here, there is a support structure in place and I am sure that if he gets the right attention, physically and mentally, he will come back.”

More details on the striker’s injury can be found on the Nottingham Forest website.