A pioneering £105m National Rehabilitation Centre run by Nottingham hospitals is entering the final stages of planning after the finances were formally approved by NHS managers.

The purpose-built rehabilitation centre – known as the NRC – will become the first of its kind in the country, when it is built at Stanford on Soar, near Loughborough.

The Nottingham University Hospitals Trust board approved the spending of £104.78 million to develop and build it on what is known as the Stanford Hall Rehabilitation Estate.

Trust executives talked about the funding and planning at a board meeting on September 29.

The Nottingham trust is leading the NRC programme and will be accountable for its services, which will treat people who have undergone significant traumas, have long-term conditions or who have life-threatening injuries.

The 70-bed facility will cost £16 million a year to run and sit alongside the new Ministry of Defence’s Defence Medical Rehabilitation Centre (DMRC), which has already been built for service personnel.

It will be the first-ever NHS National Rehabilitation Centre and is planned to open in November 2024, 13 years after it was first commissioned.

Non-executive director Professor John Atherton said during the meeting: “I think it’s tremendous to think we are going to be the centre for education research and rehabilitation for the whole of the UK.”

Chair of the board Nick Carver added it was “really significant” for the trust.

He said: “I was delighted to have the opportunity to visit the site of the proposed National Rehabilitation Centre.

“I was quite bowled over by my visit.”

Papers provided at the meeting said: “There are significant gaps in current rehabilitation services, including no rehabilitation for patients with multiple injuries, a large shortfall in numbers of neuro-rehabilitation beds, little focus on vocational rehabilitation and return to work, very little psychological support and little ongoing support in the community”.

The NRC is funded by a Government project called the New Hospitals Programme.

It will include gyms, assessment and treatment rooms, social space including dining, family accommodation and rehabilitation flats to better prepare patients for returning home.

There will be shared access to a hydrotherapy pool, computer-aided rehabilitation, a prosthetic limbs lab, and diagnostics which are provided by the DMRC.

The centre will also host academic facilities including teaching, seminar and training rooms to deliver national training for people who work in rehabilitation. 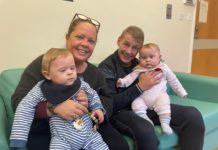 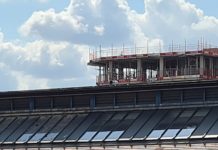 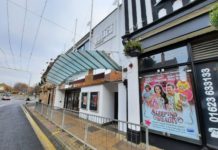