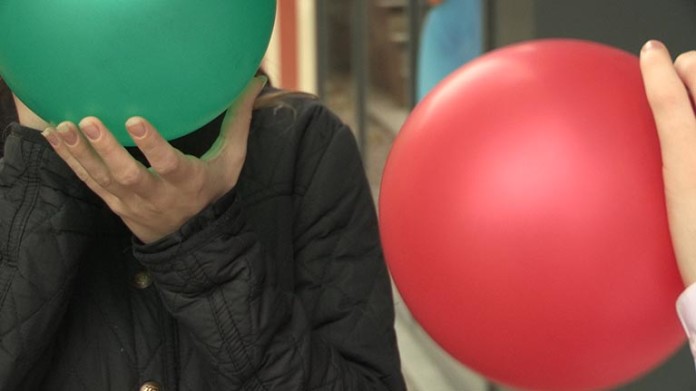 One of the strangest ways to get high by inhaling laughing gas, has been condemned by Nottinghamshire Police for the potential risk of death it carries.

The newest craze to hit Nottinghamshire involves filling ballons with nitrous oxide and them inhaling them.

The effect this can cause can range from giving the user a quick buzz, to causing serious health issues and even death if inhaled in large quantities.

Many young people across Nottingham have been using this method as a simple and quick way of getting high, without the need to purchase illegal substances.

Compressed nitrous oxide is perfectly legal to sell to adults, as it is used in many different ways, such as the making of whipped cream.

However, according to Nottinghamshire Police, selling nitrous to people under the age of 18 when you suspect that they may be intending to inhale it is illegal. Photo: People often use regular balloon’s and fill them with nitrous oxide.

Fiona Needham, a Principal Trading Standards Officer for Nottingham City Council said: “At the moment there seems to be a craze of people inhaling to make themselves high.

Inhaling the substance can lead to death because of a lack of oxygen to the brain.

People have very easy access to nitrous oxide because it is sold so openly, which is the police’s major concern when talking about under age users.

Fiona said: “We’re advising traders to be careful about who their supplying it to, an offence occurs if they sell it to someone who looks under 18 and looks like they might be using it for the wrong reason.”

Young people appear to have different views on using balloon’s however, with many claiming the effects are not as bad as people say they are.

Abdul Rahman, a foundation graphic design student, has a couple of friends who have used balloon’s in the past to get high.

He said: “They’ve told me that it’s not really that serious, they’ve done it while drinking and it just enhances their drunkenness, and makes them enjoy it more.

Video: People talk about their experiences with laughing gas.

Another student, Jack Smith, talked about his experience being on laughing gas when he was in hospital.

He said: “It makes sense using it in a medical setting, but for recreational use it just seems wrong.”

Whatever the views on laughing gas, the UK is looking to completely ban ‘legal highs’ over the next few months, if this happens, nitrous oxide will likely become a much more controlled substance.