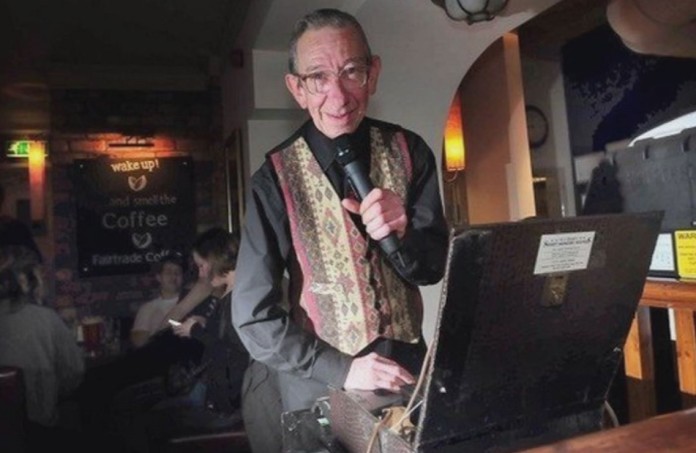 Police believe a body discovered near a shopping centre is that of a popular DJ well-known for playing Nottingham gigs.

Derek Serpell-Morris, known as DJ Derek, is from Bristol but regularly plays city venues including The Bodega and the Golden Fleece.

He has not been seen since last July and officers have been looking for him in Nottingham and the south west.

His family have also been running a high-profile campaign to find him.

Avon and Somerset police have now announced remains found near Bristol on Thursday are probably those of the 74-year-old.

Det Ch Insp Matthew Iddon said: “Earlier today we spoke with the family of Derek Serpell-Morris to inform them of this latest development.

“While we’re not yet in a position to confirm the remains are of Derek, we strongly believe this to be the case due to personal items found at the scene.”

Derek was last seen leaving The Criterion Pub in Bristol in the early hours of July 11, 2015. and was reported as missing on 23 July, prompting and eight-month search.

The body was found in woodland near Patchway, close to the area’s Cribbs Causeway shopping centre.

Detectives are treating the death as unexplained and a post-mortem examination is being held to determine the cause of death.

Video: Police released these CCTV images of Derek, showing the last sightings of him

Det Ch Insp Iddon added: “This is a very distressing time for Derek’s family who’ve been carrying out an exhaustive campaign to locate him and raise awareness of his disappearance and our thoughts are very much with them.

“We’ll be keeping them fully updated and offering them any support they may need.

“We’re not able to confirm any more details until the post-mortem examination and formal identification procedures have been carried out.”