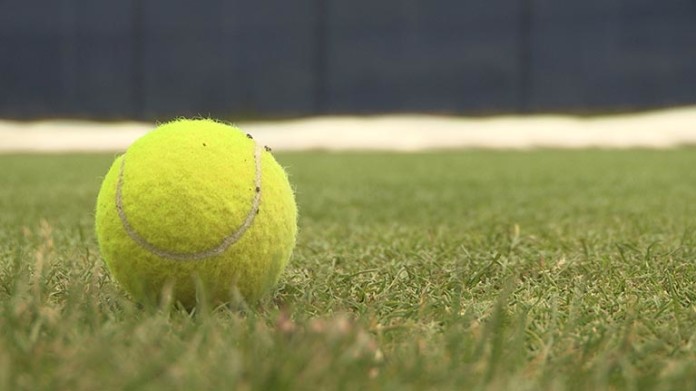 The city has been well and truly gripped by tennis fever over the past week as the Aegon Open kicked off, bringing tennis stars from all over the world to the heart of Nottingham.

The Aegon Open tennis centre gives many players a chance to practice and prepare for playing on grass courts ahead of Wimbledon, but for the people of Nottingham it’s a chance to see some high-quality tennis action.

The women’s singles action kicked off on Monday with some dramatic action right from the start.

The first games of the WTA tournament saw two seeds leaving the competition early in round 1.

Unfortunately rain caused a few games to be suspended throughout the week, but that didn’t stop dedicated fans from watching the matches.

The wildcard entry Konta managed one of the biggest wins of her career, knocking out number seven seed Magdalena Rybarikobva, with a 6-3, 6-3 win.

Radwanska, top seed and favourite to win the tournament, followed soon after with a quick win against Alla Kurdryavtseva.

The round two matches got under way on Wednesday, with a tense tie-breaker taking up most people’s attention.

American Lauren Davis, faced off against tough polish player Magda Linette, and won a marathon tie-break 15-13, taking her through to the quarter finals.

The whole game took over three hours and left Davis exhausted but happy with her win.

Johanna Konta’s second game against Monica Puig similarly lasted a long time, it started at 7:30pm but had to be postponed at 9pm.

Despite a whirlwind of epic games over the past few days, the action only looks set to increase as players enter the quarter finals of WTA, with the final set to take place on the 14th June.

The ATP men’s tournament is set to follow soon after with the qualifying rounds, taking place on the 20th June.