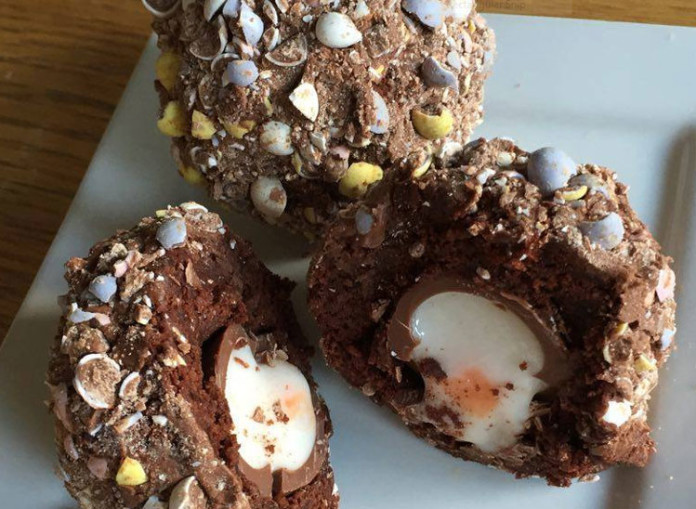 Thousands of people are trying to get their hands on a new scotch-egg-and-chocolate snack which a Long Eaton mum is making at home and selling online.

Bakezilla’s Bespoke Cakes, run by Becs Sheard, came up with the recipe after seeing existing twists on scotch eggs.

Her creation, which has attracted thousands of shares on Facebook, involves encasing a Cadbury Creme Egg in a layer of chocolate cake and mini eggs.

Becs said: “I had seen a few people making them but they didn’t look very Eastery so I added some mini eggs.”

It’s crazy how popular they have been

The snacks, which cost £3 each, have been so popular that she has had to stop taking orders for good Friday after 150 poured in over 24 hours. Becs added: “It’s crazy how popular they have been now I’ve got so many of them to make plus my other celebration cakes.”

The eye-catching egg has been shared by more than 21,000 people on The FOOD Bible page, and received more than 15,000 comments. Photo: The FOOD Bible shares and the chocscotch egg on Facebook