In December 2021, 61,354 patients at Nottingham University Hospitals, which runs Queen’s Medical Centre and City Hospital, were waiting to be seen for non-urgent treatment.

Figures released before the pandemic hit in October 2019 show that 45,918 patients were on waiting lists for non-urgent treatment.

The latest data shows that December 2021’s waiting list has doubled since 2018, when 30,113 patients were waiting for non-urgent treatment including hip and knee replacements and cataract surgery.

The trust said this is partly down to 12,000 patients being added to the waiting list in 2019 after it was awarded the Treatment Centre contract.

The latest numbers are the highest ever seen since the NHS data was first recorded in 2007.

Dr Irfan Malik, senior partner at Elmswood Surgery in Sherwood, said it is a “massive problem” for the NHS – and believes it could take between five and ten years before waiting lists return to pre-pandemic levels.

He feared that patients’ quality of life is being affected by the delays and warned that “other issues might be lurking ” behind the non-urgent problems, such as cancer.

A spokesperson at the trust said it is focusing on cancer and suspected cancer patients and is working to get them seen “as soon as possible” based on clinical priority. They said NUH is broadly in line with other trusts in England.

It comes as the Omicron variant of Covid-19 continues to spread across the country and pressure mounts on the NHS.

The Society for Acute Medicine said earlier this month that there is “immense pressure across the whole NHS frontline” which feels “far worse” than this time last year.

Before the pandemic, 90% of patients were seen within 18 weeks in October 2019. The NHS operational standard is 92%.

But the most recent detailed data for October 2021 shows that 65.6% of patients at NUH were seen within 18 weeks.

The waiting time from referral to ‘first treatment’ isn’t necessarily surgery, but the first time the patient is treated for the issue.

It comes as the national picture reveals that almost six million people are waiting for hospital treatment in England – the highest since records began in 2007.

Dr Malik told the Local Democracy Reporting Service: “This is a massive problem and it won’t go away quickly.

“That 60,000 figure is really significant and these figures will get worse now with Covid rates rising again.

“What we are finding on ground level is that people are waiting quite a long time for outpatient appointments and treatment.

“Pre Covid, people were seen and sorted quickly but the trend with the pandemic has caused this.

“It will take five to ten years to resolve this. You can see how the NHS is under crisis and struggling.”

Dr Malik added that the hospital backlog increases demand at General Practices across the county.

He said: “A bulk of our work is chasing appointments for hospitals because patients come back and say their symptoms are getting worse and they still haven’t been seen.

“That’s a chunk of our calls for problems we can’t deal with anymore.

“We get stuck because we can’t provide hospital treatment and then they might become urgent cases. There might be things lurking behind these problems like cancer.

“The hospital clinics need to open up and get back to pre-Covid levels, they are still lagging behind.

“I’ve noticed some patients are going private by using their savings as it is so much quicker.

“We have been here before, there were long waiting lists 20 years ago and initiatives brought them back down.

“All that hard work has been undone by Covid and massive backlogs.”

A spokesperson at Nottingham University Hospitals said: “Our waiting list in December 2019 was 46,000; unfortunately the impact of Covid-19 means that figure now stands at 61,354.

“We understand that delays in treatment can be stressful for people, and we are working with patients to get them in as soon as possible, based on clinical priority.”

They added that in June 2019, the Treatment Centre contract was awarded to NUH, meaning that 12,000 patients were transferred to the trust’s waiting list.

A spokesperson said this task was completed in October 2019 which is reflected in the rise of the waiting list between 2018 and 2019.

It said it is tackling the issue by focusing on cancer and suspected cancer patients and is also working with the private sector for additional theatre and high-dependency unit capacity.

Some treatments are being outsourced including chemotherapy, radiology reporting and histology.

The trust is also addressing the backlog through the launch of an Enhanced Perioperative Care Unit to help to reduce the pressure on critical care units.

The number of patients at Nottingham University Hospitals waiting to start treatment: 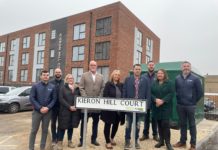