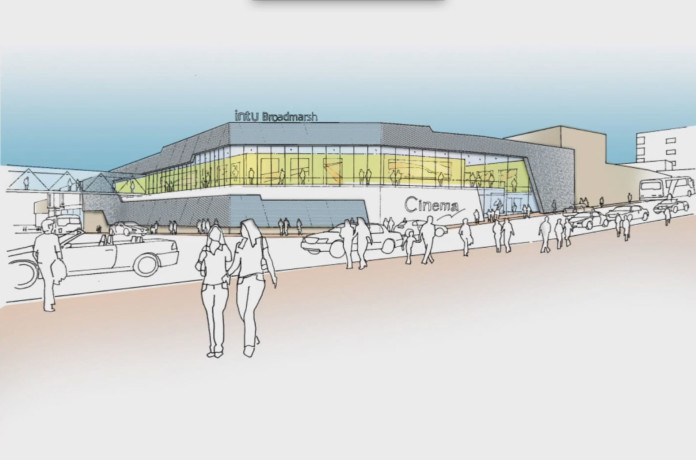 Intu Properties has unveiled proposals for a major redevelopment of Nottingham’s Broadmarsh shopping centre after a year long public consultation.

The national shopping centre owner says it plans to transform the Broadmarsh centre by bringing in new shops, restaurants and leisure attractions.

They want to complete the work by 2018 and say the scheme is expected to create ‘hundreds of jobs’. The new intu Broadmarsh will have a new multi-screen cinema, a variety of places to eat and new facilities for adults, children and people with disabilities.

A new entrance on Middle Hill is also be part of the plan as well as an improved route through the centre from Lister Gate and Carrington Street to the train and tram stations.

The planning application for the project is set to be submitted in spring and if the plans are approved, work could start in 2016.

Despite the plans, many people in Nottingham think the redevelopment may not happen after years of delays over similar transformation projects  over the years.

At one stage, former owners Westfield was proposing a £500m scheme to massively expand the centre but it didn’t happen and Westfield eventually sold the centre to intu.

Reactions to the proposals have been varied on Twitter, with some convinced the redevelopment will never happen.

@NelsonBlackley said on his account: “We’ve been here before- let’s see if it actually happens!”

“Oh look! More ‘plans’ submitted for the Broadmarsh Centre. Owners hope it’ll be completed by 2081,” was also tweeted by @jakeabow.

If you want to give your opinion on the proposals you can take a survey here to have your say – it closes on February 18.