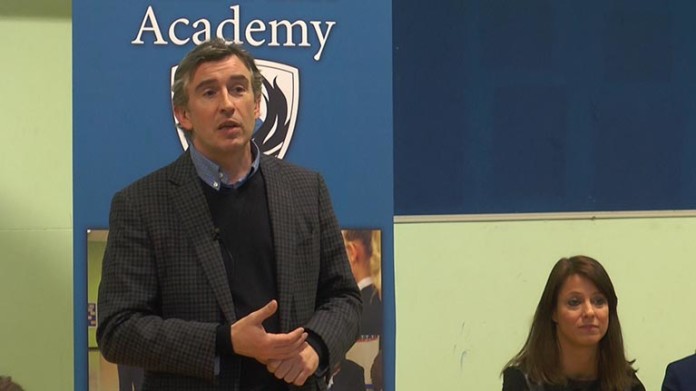 Steve Coogan spoke to sixth form pupils and staff about fame, politics, the media and his own background.

He said how he did not do spectacularly at school, failing his English Literature A-level several times yet last year he, and a co writer, were nominated for a BAFTA for screenwriting.

He also talked about his support of the Labour party and backed MP for Ashfield and Eastwood, Gloria De Piero who had invited him to speak.