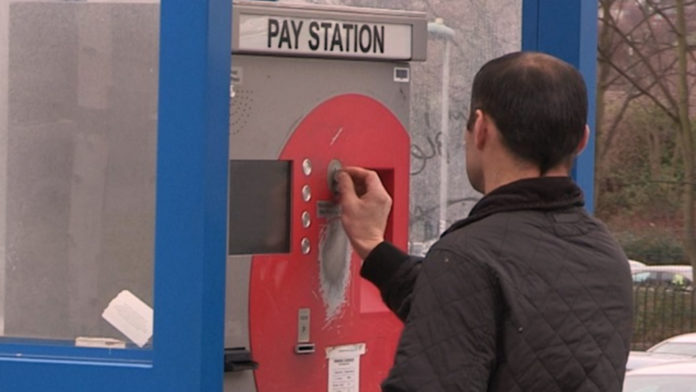 A plan to scrap parking ticket machines which accept cash in the city has been met with a mixed reception among motorists.

It forms part of a bid to save £12.5 million for the council before April next year.

The council estimates the cost of COVID will be around £51 million more than the money they have received from the Government so far.

As a result, plans were announced for a range of cuts, including 154 jobs, the closure of a day care centre for people with disabilities, and shutting some playgrounds.

As part of the measures, all but 20 of the parking ticket machines will be converted.

A council reports says: “Currently there are 100 on-street pay and display parking machines which are at end of life and only take cash and card payments and need to be replaced.

“The proposal is to refurbish 50 of these machines and convert them to contactless card payments only moving towards a predominantly cashless parking operation.

“Retain 20 of the old pay and display machines which will still take cash payments and these will be strategically placed in close proximity to specific retail type locations to support customers over the next 12 months in the transition to a cashless parking system.

The Labour-run Nottingham City Council says the move will save £100,000 by April.

But Kevin Harlance, 65, of Wilford Crescent East, in the Meadows, said: “I tried to use that pay by phone once and it took so long I gave up. They kept asking for an area code but it didn’t tell you what that was.

“In the end I went and parked somewhere else.

“If they’re going to get people in the shops again they need to make it free, not more complicated.”

Joan Forge, 68, also of Wilford Crescent East, said: “It’s the way things are going now, they make you do everything on a computer.

“That’s fine when you’re used to that sort of stuff, but when you’re old like me and Kevin it’s a lot harder. They never think about that.”

Jon North, 51, of West Bridgford, said: “The city council just makes it harder and harder to park in the city because they want you to use the tram.

“It’s just about impossible to park for less than a fiver, even if you’re only going in for a few bits. I think a lot more people would go into the city centre and spend money if they made it free. That would create jobs, which we really need at the minute.”