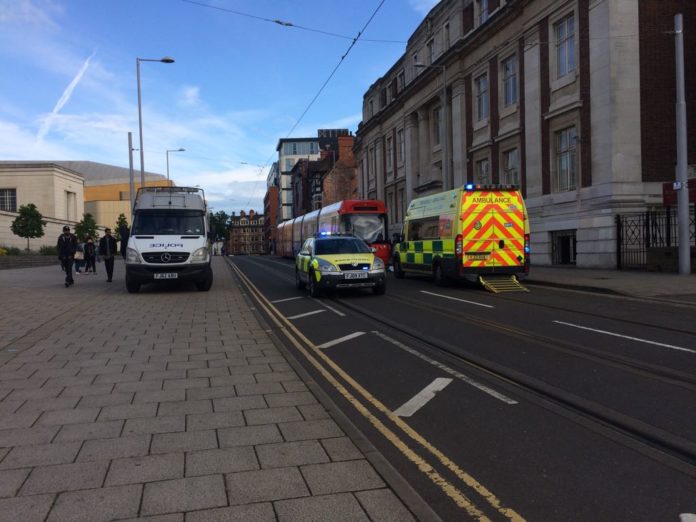 A man has been injured after reportedly being hit by a tram on a busy Nottingham city centre street.

The collision happened on Goldsmith Street close to Nottingham Trent University at 6.49pm on Thursday (June 8).

Trams were suspended for 20 minutes and began running as normal again at 7.15pm after the man was taken to hospital.

Notts Police said they were called by the ambulance service to a report that a pedestrian had been in collision with a tram, but it is not yet clear exactly what happened.

The extent of the man’s injuries are not yet clear.

A passer-by, who would only give his name as Asif, said: “I was just walking around the corner and his head was on the floor and he was in front of the tram.

“I know the man and he is an absolute gentleman – I just hope he’s OK.” After the man was taken away by an ambulance to the Queen’s Medical Centre, blood and broken glass could be seen on the road where the accident happened.

NET tweeted to say its services were suspended between Nottingham Station and the Forest during the incident, but were returning to normal by 7.20pm.