Nottingham City Council will appeal against government plans to bring in commissioners to intervene in the Labour-run authority.

Cllr David Mellen (Lab), leader of Nottingham City Council, described the plans as an “attack on a Labour city” by the Conservative government.

The Labour-run authority was already under the watchful eye of a Government-appointed improvement board following the demise of Robin Hood Energy.

The council-owned company cost taxpayers an anticipated £38m when it went bust in January 2020 and was later described by external auditors Grant Thornton as ‘institutional blindness’.

Over the last 15 months, Cllr Mellen said many improvements had been made, including reducing the debt from nearly £1bn to £900m and proposing £38m savings over the next four years.

A culture change is also underway across the whole authority over concerns ‘a legacy culture’ had existed for so long that financial decisions were not being properly scrutinised.

But as part of the council’s transformation programme, it was unearthed in May that up to £40m of ringfenced cash for council housing tenants had been spent on other services instead.

This money must now be paid back – with Cllr Mellen stressing “we have that money, we know where the money is, and it will be put back”.

However, government said it is ‘minded’ to bring in commissioners over this Housing Revenue Account debacle.

Commissioners will therefore take control of the way the council spends its money – although the council has been given a fornight to make representations on the plan.

Cllr Mellen told Notts TV: “We will be appealing this decision because what this decision does is it takes away the democratic mandate I have, and my colleagues have from the people of Nottingham.

“Commissioners will make the decisions that currently politicians make and we don’t think that is fair or right so we will be saying to the government surely our previous arrangement with the improvement board would be a better way forward.

“It is an attack on a Labour city on a day they (Conservatives) were losing on two by-elections.”

He felt plans to regenerate the Broadmarsh and fit-out the new Central Library would not be stopped or stalled by the introduction of commissioners.

He added frustrations by residents in The Meadows about the Victoria Embankment paddling pool being closed and the fountains in Old Market not working is because “we do not want to spend money we have not got”.

He said: “In the three years I have been leader we have been sorting out quite a lot of things from the past – whether that is the stopping of Robin Hood Energy which was clearly losing lots of money, reacting to Intu going bust and doing something with the Broadmarsh or the latest revelation with the Housing Revenue Account.

“Our attitude is to listen, be humble, and say when we have got it wrong and on several occasions I have apologised to the people of Nottingham.”

When asked if he was still the man for the job, he said: “That’s a difficult question. It is not full of joy and laughs all the time.

“I think I’ve had my fair share of difficult situations but I have got a lot of support from people inside and outside the council that are encouraging me and advising me.

“We will see. At the moment I am the person in that job.”

In outlining the plan to bring in commissioners, Kemi Badenoch, minister of state for local government (Con), said on Thursday (June 24): “Whilst the building blocks of recovery have been put in place, there are many difficult decisions ahead and the scale of the challenge cannot be underestimated.

“The Secretary of State agrees with the Board’s assessment that the HRA issue represents a ‘serious setback’ and is concerned that further serious issues may yet be uncovered which could have a severe impact on the Authority’s ability to maintain and increase the momentum of the required improvements.

“This lack of assurance, along with the risk of progress stalling or slowing, is significant and the proposed intervention is therefore both necessary and expedient to secure compliance with the best value duty.” 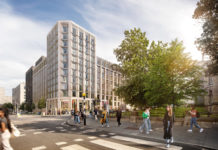