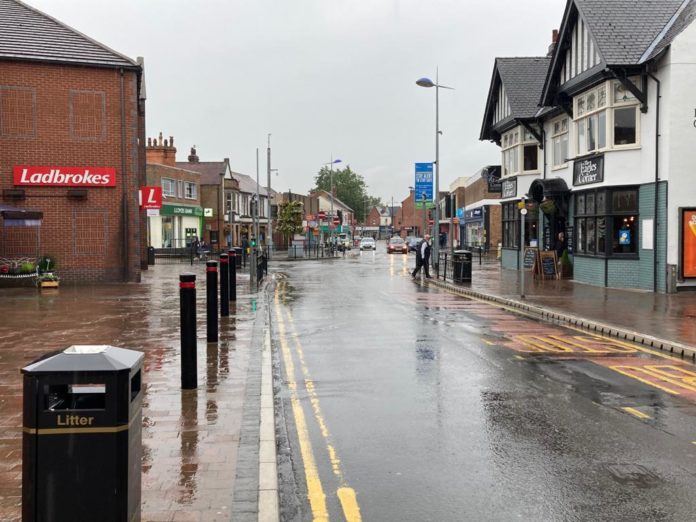 Gedling Borough Council is concerned that someone will be killed on a busy Arnold shopping street if measures aren’t taken to halt traffic.

Cllr Peter Barnes (Lab), spoke out about the issues facing the bottom end of Front Street near to Birds bakery where he said it is only a matter of time before a shopper is hit by a vehicle.

His concerns were also backed by the leader of Gedling Borough Council, Cllr John Clarke (Lab), who said discussions were underway with Nottinghamshire County Council.

Cllr Barnes told a cabinet meeting on Thursday, July 5: “We have got a town centre in Arnold which is very popular and busy, but we have got a situation that is a pain in the backside and has been for a number of years.

“The bottom end of Front Street, a shopping area, it is classed as a public highway and we ought to seriously talk to the county council about having no traffic up that part of Front Street.

“It is not necessary. We have plenty of disabled parking near the shops. If we are not careful someone is going to get hurt because there are cafes everywhere.

“I know it is a public highway and it needs looking at because it is not getting any better. We have got to make sure no one gets killed on Front Street and I am worried someone will get injured.”

Cllr Clarke said “active discussions were underway” with the county council about this problem especially as pavement licences have just been extended for another 12 months.