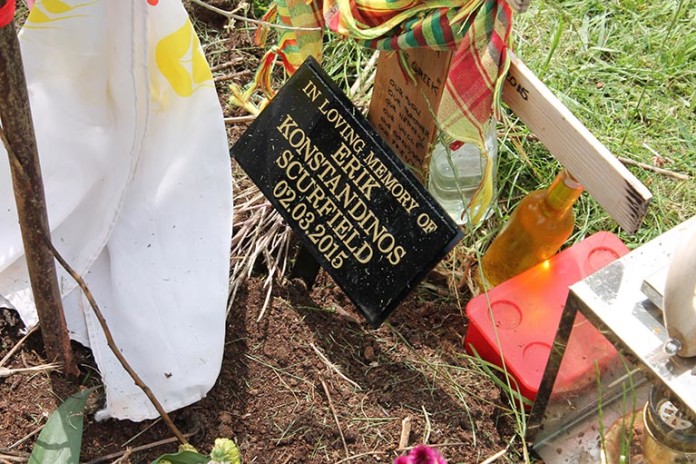 Westerners fighting for a Kurdish group against the so called Islamic State group came to pay their respects to Kostandinos Erik Scurfield who died in Syria.

American Jordan Mason, and Britons Macer Gifford and Dac Holmes, who have been fighting with the Kurdish People’s Protection Unit (YPG),  came together to remember the former Nottingham student who died fighting in Syria.

Locally known as Erik, he studied at New College Nottingham. He was hit by mortar fire while battling alongside Kurdish forces near the Syrian city of Qamishli. Jordan Mason, a former U.S. soldier, from Wisconsin in the Unites States fought alongside Kosta.

He said: “Kosta was a real quiet, down to earth guy. He was the guy who always volunteered for every duty, it didn’t matter what it was he would just always be the first to do it.He was a passionate individual.”

Mason, 28 who is due to return to the US believes that Kosta’s death highlights the need for more international involvement against the Islamic State Group..

“I think it only proves for a resolve more the fact that one of your friends has paid the biggest price,” he said. “Now I guess you’re not just fighting for yourself you’re fighting for those who have died because you want to carry their legacy on forever.”

“It was like seeing my brother again. I couldn’t be here when he was laid to rest so this means a lot to be back with him.”

Jordan Mason, fighter with YGP on his friend Kosta

Macer Gifford, who abandoned his London job working for a foreign exchange company decided that he wanted to help combat ISIL alongside Kosta.

“We’re not naive people, we know exactly what we are fighting against, but we know what is right and we know what we want to do and that is what drives us forward,” he said. I have never met someone with greater convictions than Kosta.”