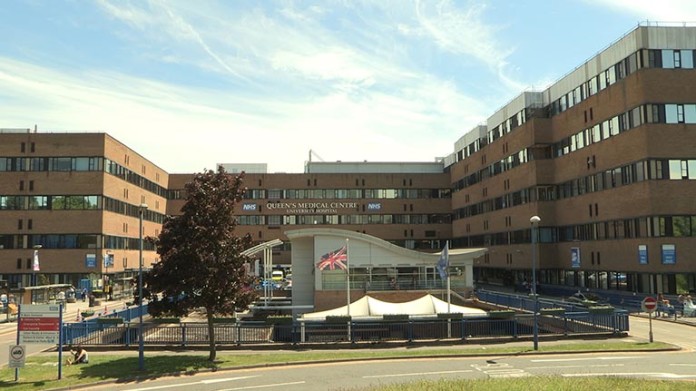 Five deaths in the last year have been linked to Clostridium Difficile according to figures from an NHS Trust in Nottinghamshire.

The trust reported nine serious Clostridium Difficile related incidents over a period spanning from April to March in 2015.

In one particular outbreak last year 12 patients across two wards were infected with Clostridium Difficile also known as C. Diff, which was the first outbreak of linked cases since January 2013.

The Nottingham University Hospitals NHS Trust had set a target to try and restrict the number of cases to under 98.

We have substantially reduced hospital-acquired C Diff in recent years.

C. Diff usually affects those that have been taking antibiotics which interfere with the bacteria in the gut, this then causes the bug to reach unusually high levels and release toxins that attack the intestines.

The disease is known to kill 1 in 12 people that it infects.

Hospitals usually advise washing hands thoroughly with the alcohol gel provided, but in the case of C. Diff this approach doesn’t work.

Dr Sarah Kuehne is part of a research group at the University of Nottingham that studies C. Diff and other similar bacteria.

She said: “When C. Diff is outside the body in an oxygen rich environment it will be in spore form where it will just hit on your hands and if you rub the gel around your hands you are basically just spreading them even more.”

The trust has emphasised the ‘crucial importance’ that everyone who visits hospitals thoroughly washes their hands with soap to help prevent the spread of this bug.