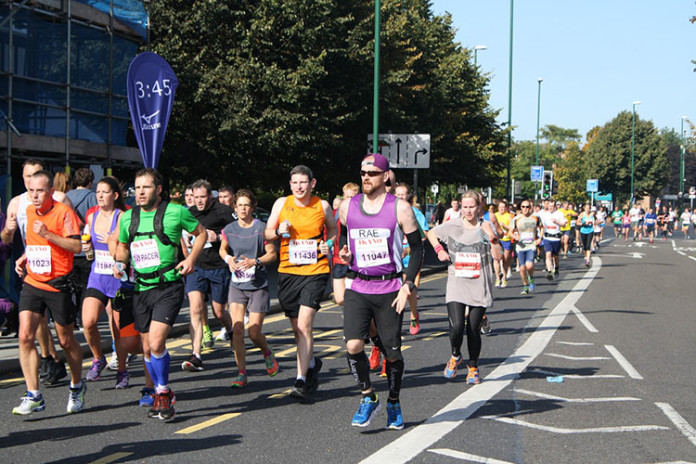 More than 11,000 people take part in the Robin Hood Marathon, the most runners in the event’s history.

The crowds were big too, cheering on the runners in the warm sunshine along a course that featured some of the city’s best known sights.

Many of the runners were, as usual, in fancy dress and thousands of pounds was raised for charity.

The race, which was originally known simply as the ‘Nottingham Marathon’, has been held for 34 years.

While tackling the gruelling route 26.2 mile route (13.1 for the half marathon), the runners were supported along the route with live music and dancers.

There were some gripes from motorists stuck in traffic because of the road closures across the city and Nottingham Panthers had to delay the start of their game last night at the National Ice Centre to allow fans to get there in time.