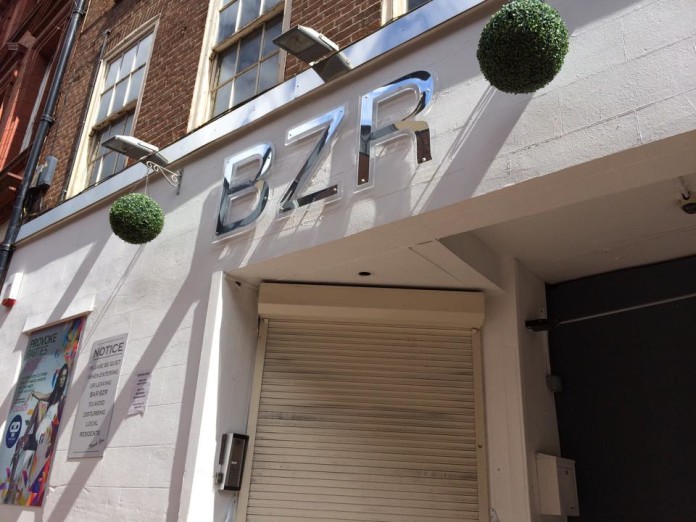 BZR, a bar and club in Lace Market, could lose its licence after it was the scene of a stabbing which led to four men being taken to hospital.

The future of the St Mary’s Gate venue will be decided at a premise licensing hearing in Nottingham Council House on Thursday April 30.

The hearing is taking place on the grounds that a senior police officer is satisfied that the premises are associated with both serious crime and disorder.

Two men were charged with three offences after Nottinghamshire Police had been called to the incident in the early hours of the morning on April 6.

The incident took place just outside of the bar’s premises in the city centre.

Jordan Hamilton, 21, of Norton Street, Nottingham, was charged with wounding with intent, violent disorder and possession of an offensive weapon in a public place.

He is expected in court on May 11 after a previous appearance shortly after the incident.

Robert Watson, 36, of Central Avenue, Beeston, Nottingham, has been charged with assault occasioning actual bodily harm, violent disorder and possession of an offensive weapon in a public place.

Watson’s preliminary hearing has been adjourned until May 11.

Four men were taken to Queen’s Medical Centre following the incident, but all have since been discharged.

The bar is temporarily closed until a decision on its future is made at the hearing.

Image: BZR, the setting of the stabbing