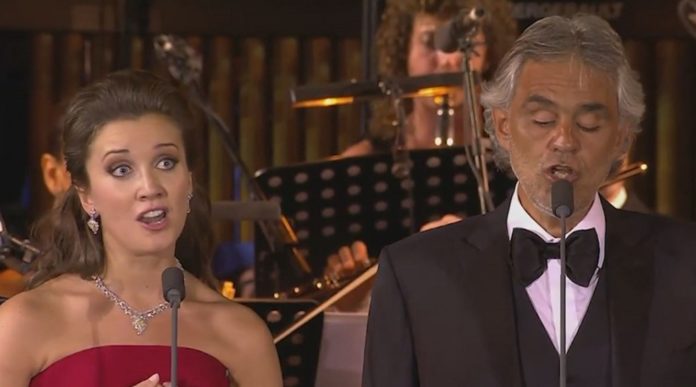 A song by a Nottinghamshire opera singer has been chosen by the Vatican to lead the Pope’s Jubilee celebrations.

Carly Paoli’s version of Ave Maria has been given the honour after the 27-year-old stormed the classical music charts.

Carly, from Mansfield, counts performing with the legendary Andrea Bocelli and Jenifer Hudson among her other career highlights to date.

Her song has been chosen by the Vatican to be played as part of Pope Francis’s Jubilee celebrations, meaning people all the around the world will be able to hear the song.

It’s been a whirlwind of a year

Carly said: “It’s been fantastic, absolutely a whirlwind of a year, I’m very honoured and blessed.

“Pope Francis has announced this year of mercy so there has been an important video created in honour of this event and my song is being played on the Vatican radio, goodness knows how many listeners there are globally.”

The jubilee is the most important event in the catholic calendar and around eight million people have made the journey to visit Italy’s capital this year.

Carly added: “The video demonstrates the pilgrim which Pope Francis has organised this year in honor of the year of mercy, it is a beautiful video and it shows the most iconic parts of Rome.” The singer has been storming the classical charts and her song has been number one for over a week in Malaysia, while the video is also number one on iTunes in Italy and in the UK.

The singer is currently working on her album and will be preforming again in July at another concert in Rome.