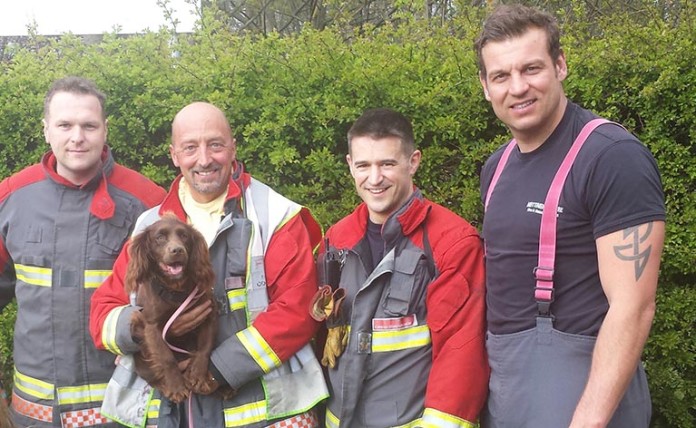 A specialist team came to the rescue of a dog when it became trapped at a quarry near Ravenshead.

The cocker spaniel, called Tina, became marooned on a ledge in the quarry near Mansfield Road leaving her owners concerned.

Specialist teams from Tuxford and Highfields were then called in and a trained rope rescue officer was lowered down to save the small dog.

Incident commander and watch manager, Darren Warner, said:  “It’s always very distressing for pet owners when their beloved animals get stuck or become trapped, however we would encourage people not to put themselves in danger by trying to rescue them on their own.

“We have special equipment and crews that are trained to deal with these situations.”

Tina has now been reunited with her relieved owners.