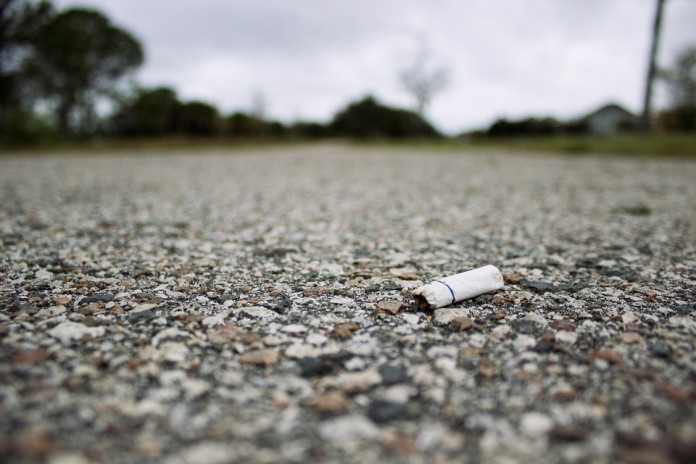 The number of people caught and fined for dropping litter in Nottingham has risen by more than a fifth – with smokers dropping butts accounting for most of the penalties.

Community Protection Officers are able to handout on the spot fines called fixed penalty notices to people they see dropping rubbish in the street.

Figures from Nottingham City Council show there were 2,254 such fines issued for littering in the 12 months to April. This is 21 per cent up on the previous year’s figure.

And the authority also revealed the majority of the fines – 66 per cent – were handed out to people caught dropping cigarette butts.

Littering fines totalled more than £133,000 in the last financial year and littering by way of cigarettes made up over £108,000 of this total.

Fixed penalties for litter offences are £75, reduced to £50 if paid within ten days.

But if a fine goes unpaid over months it can eventually total hundreds of pounds.

VIDEO: Nottingham people give their views about fines for cigarette litter

Councillor Nicola Heaton, the council’s portfolio holder for communities said: “We can very much take for granted the cleanliness of our city – it’s only when you travel to another that does not enforce environmental crime that you realise Nottingham is indeed very clean in comparison.”

The authority also added all income from fines goes towards the cost of running the Community Protection department.

Nottingham is the current holder of Clean Britain’s national award for the cleanest city.