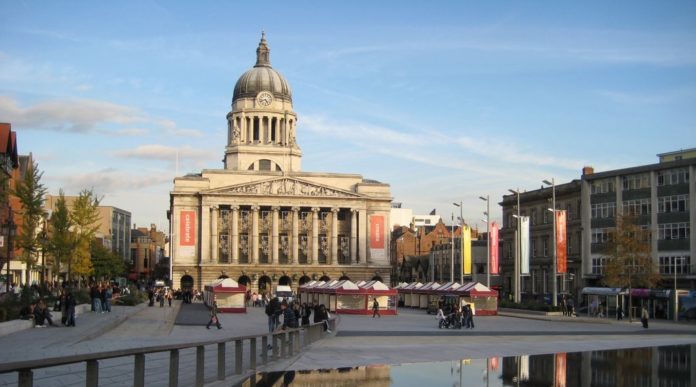 Nottingham is planning a bid to be a European Capital of Culture in 2023.

The chosen UK city will organise cultural events with a European focus, designed to make cultural, social and economic benefits and boost its profile.

It comes after the Government published details of the competition in December, calling for UK cities to submit a bid.

Nottingham is already a UNESCO City of Literature.

A spokesman for the City of Literature project said: “This is incredibly exciting news.

“Becoming a City of Literature – one of just 20 worldwide – Nottingham demonstrated that when it pulls together, it gets results.

“The opportunity to bid for the European Capital of Culture is an exciting one and wonderfully aligns with our ambitions for an outward-looking, globally-minded and dynamic city of literature.

“We stand for inclusivity and collaboration; our status as a UNESCO City of Literature is a catalyst to spur on our collaborations with European partners and our international work.

“There has never been a better time for Nottingham to show off what it has. It’s a fierce competition and it will be a far from easy process but one that we know we can get through.

Questions have been raised as to whether the UK could host the title, despite planning to leave the EU.

However three non-EU cities have held the title in the past – Reykjavik, Iceland in 2000, Stavanger, Norway in 2008 and Istanbul, Turkey in 2010.

Bristol, Dundee, Leeds and Milton Keynes have also declared interest for the 2023 title, which is shared by two European cities each year.

The UK would share the status with a city from Hungary, with Debrecen, Eger, Miskolc, Tokaj and Veszprem in the running.

Nottingham has until October to submit an initial bid.