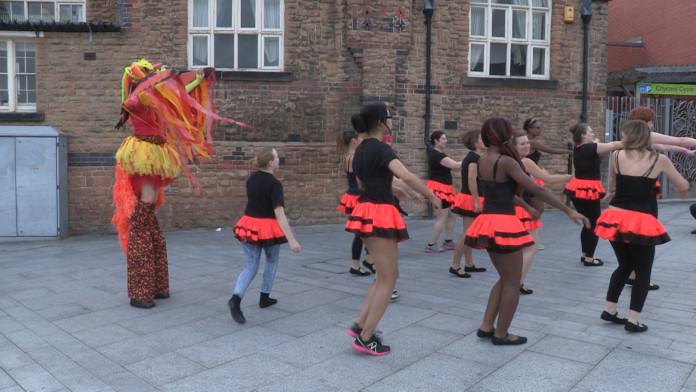 The annual Caribbean Carnival returns to Nottingham, celebrating its 16th year with its biggest event yet.

The festival is renowned for its spectacular, colourful costumes, live music and dancing.

This year will be the biggest to be held in Nottingham as it is to be held over two sites, over two days.

The carnival will return to the Victoria Embankment where Nottingham’s first Caribbean Carnival was held 50 years-ago.

“The carnival brings the party and a spectacle to Nottingham’s streets.We want to celebrate Nottingham’s creative culture”

The carnival, held over the weekend, has been celebrating Afro-Carribbean culture in Nottingham since 1958.

It has been running in its current format for 16 years consecutively following financial struggles in the 80’s and 90’s, meaning several carnivals had to be cancelled.

A favourite event of locals, after Nottingham City Council appealed for funding, it was re-instated with the formation of The Nottingham Carnival Trust in the 90’s and has ran smoothly ever since.

Now, the carnival also celebrates Brazilian culture, and there will be Brazilian dancing there.

“It’s our biggest carnival project this year. For the last 3 months, we’ve been designing, making and testing costumes for the Caribbean Carnival. We’re dressing around 70 people for the carnival, who will appear alongside drummers and dancers.”

Picture: One of the carnival costumes.

Costumes are also being made for disabled people’s mobility scooters by City Arts, so they may also join the dance troup.

Serena says: “We wanted to be as inclusive as possible this year. I’m really passionate about older people being involved, as well as people with disabilities who may not be able to walk the carnival route.”

Picture: One of the impressive costumes which will be at the carnival.

Picture: Headdresses for the carnival.

Picture: Costumes being made ready for the carnival

The carnival parade on Sunday will move the carnival to the Victoria Embankment, where festival-goers can enjoy music, food and dance.

On the Parade Stage, 18 dance troupes will perform routines – a highlight of the festival.

On Saturday, the festival will begin with live performances from local, national and international artists over 2 stages, including performances on the main stage from Mykal Rose and ‘Kisses for Breakfast’ singer, Melissa Steel.

There will also be performances on the main stage from:

There will also be a fun fair and rides, numerous stalls selling a variety of foods, arts, crafts and providing information, an Arts Tent plus a free crèche and children’s zone.

Saturday’s music festival is held in the Forest Recreation Ground from 10am – 8pm.

Sunday’s parade will go to the Victoria Embankment.

The event is free.