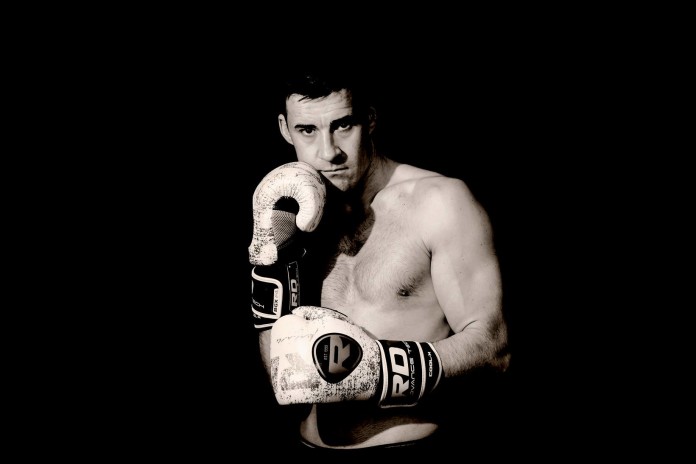 A crew member at Stockhill Fire Station is gearing up for his pro boxing debut in Nottingham on Saturday May 23.

Dean Gillen, 33, will be facing Shaun ‘Whitey’ White in a bout at the Britannia Hotel on Saint James’ Street – a far cry from his crew manager role for the fire service.

Nottingham-born Dean, known by his friends as Deano, has worked for the Nottinghamshire Fire and Rescue service for 11 years.

Ahead of the encounter, the firefighter is hoping to bag a win on his pro debut, but he is feeling the nerves.

He said: “Getting in the ring is the fun part and I can’t wait for that – it’s just the not knowing how you’re going to perform and you’re also thinking how the opponent is going to perform.”

There is a lot of pressure on me but I work better under pressure, it helps to get the best out of me.

“I need all the support I can get to help cheer me on and give me that extra push for victory on the night.”

In the build up to the fight, Dean has been intensifying his workout regime and has thanked the fire service for allowing him the time to work on his fitness.

He is signed to Carl Greaves Promotions after recently being approved for his pro licence.

Dean said: “I’m really proud of obtaining my licence as it is ridiculously difficult to get.

“There are only 989 registered professional boxers in the UK – it’s an in depth process to get approved, it’s not just a given that you will get your licence.”

To keep up to date with Dean’s boxing exploits, follow him on Twitter @TeamDeanoPro or visit www.teamdeano.com.