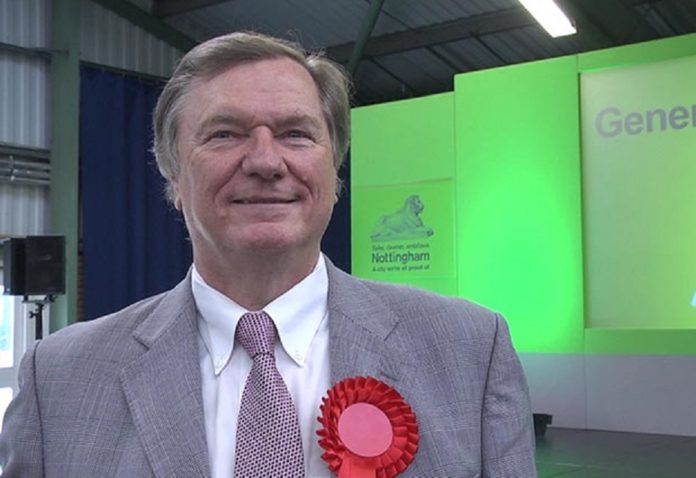 A Nottingham MP says he will not take part in a planned vote of no confidence in Labour leader Jeremy Corbyn.

Graham Allen said he did not recognise the bid by party rebels to unseat Mr Corbyn following accusations he fought a ‘lacklustre’ campaign for the Remain side in the EU Referendum.

The vote is being held today, with a deadline of 4pm for Labour MPs to take part.

Over the weekend Nottingham South MP Lilan Greenwood, Ashfield’s Gloria De Piero and Gedling’s Vernon Coaker all joined more than a dozen others nationally in resigning from shadow cabinet jobs.

Nottingham East MP Chris Leslie also spoke in support of those who stood down.

But on Tuesday Mr Allen revealed he is against the move, saying it was threatening the party’s chances in the next General Election.

In a statement he said: “The vote of no confidence has no standing in our party’s rules. I will not give it or any faction any legitimacy by voting today.

“If MPs wish to remove a leader there is clear provision in the party’s rules for 51 MPs to nominate a named alternative.

“If such a step is taken you and I and every other party member will have the opportunity to assess the records of the candidates and make our decision.

He added people should “support the Leader whoever it is” if a new one is chosen via this route.

He added: “In the meantime we should follow due process and cease all the orchestrated activity which is destroying the possibility of our Party coming to Government in 2020.”

Bassetlaw Labour MP John Mann, who backed the Leave vote, said of the dispute on Twitter: “As ever Labour turns inwards, with both sides happily ignoring the inconvenient truth about Labour heartlands.”

Some Labour politicians have argued traditional Labour areas failed to back Remain because they had lost faith in some of the party’s MPs.