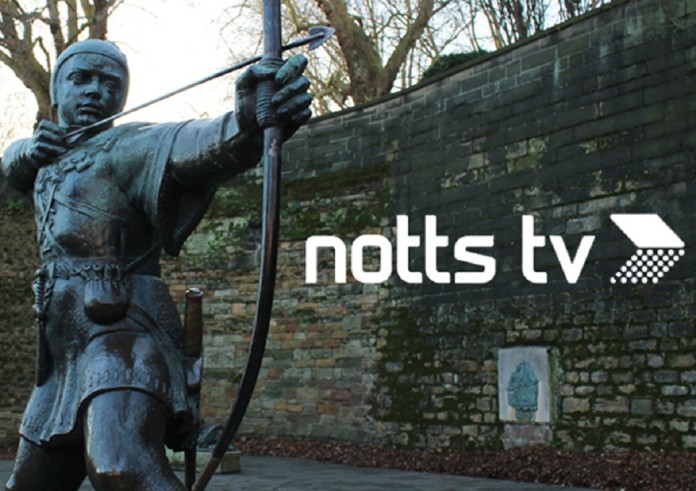 Notts TV is moving home on Freeview – from channel 8 to channel 7.

The channel is switching over on Tuesday, April 5, and the change only affects viewers watching through Freeview.

It means Notts TV moves up one position to take the slot previously occupied by BBC Three, which stopped broadcasting on March 31.

Freeview users can re-tune their set-top boxes to reflect the change in their electronic programme guides.

The move comes as a new survey of Notts residents shows that in less than a year, Notts TV has increased its audience by 60 per cent, with almost 300,000 viewers tuning in every week.

The channel is also hitting the top of the “reach” charts – with an audience share of 32.4 per cent, comparing favourably to other media broadcasting locally.

The vacancy left by BBC Three was offered first to Notts TV, and accepted by channel director Jamie Brindle.

He said: “The results from the research are incredibly positive. As we approach our second birthday we are celebrating healthy viewing figures, eight RTS nominations and fantastic local reach.

“In less than two years, Notts TV has become an integral part of the regional media landscape.

“Awareness amongst the population of Nottinghamshire is high – our programmes are watched, our news is consumed and shared and our digital audience is growing month on month.

“Our switch from Freeview 8 to 7 should also make it easier for viewers to find us in the listings, those viewers not wanting to retune will still see us on 8.”

As part of the Freeview change, the Channel 8 Debate has become the Notts TV Debate, but will carry on in its usual slot of 7.30pm on Fridays.

Viewer can continue to watch Notts TV on Sky channel 117 and Virgin 159 as normal and our programmes are still on demand on our website, 24 hours a day, seven days a week.