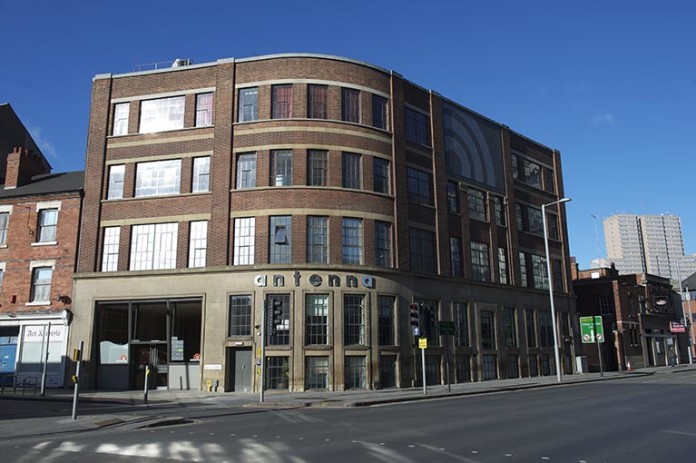 Nottingham Trent University has bought a controlling stake in Confetti Media Group, based in the city’s Creative Quarter.

The two organisations have a long standing relationship and are members of the Notts TV consortium that won the licence to broadcast local programmes in Nottingham and Nottinghamshire.

NTU vice-chancellor, Professor Edward Peck, says the acquisition will create ‘significant new opportunities’ for the students of both organisations in terms of courses, degrees and employment prospects.

He added: ‘This new partnership with CMG is absolutely in line with the University’s new strategic plan bringing together two successful organisations with ambitions and skill sets that complement each other.’

Confetti’s Founder and Managing Director, Craig Chettle, says it will be ‘business as usual’ initially and he will remain Chief Executive of Confetti Media group and the share holder chair of Notts TV.

As well as offering more opportunities to students he believes the merger will attract more creative businesses to Nottingham.

Nottingham Trent University is in the process of Creating the University of the Future, emphasising inclusion and enterprise. Its cultural heritage can be traced back to 1843, with the establishment of the Nottingham Government School of Design, the origin of art and design education in Nottingham, making it one of the UK’s most well-established, renowned and creative universities.

CMG began life with the establishment of the Confetti Institute of Creative Technologies in 1994, the first specialist establishment of its kind in the region. It started out as a small facility offering courses to those wanting to forge careers in the music business as producers, sound engineers, and technicians.

It is now home to 1300 Further and Higher Education students at the very start of their careers in the highly competitive fields of games, TV, film, music and live events production. Confetti was a trailblazer. Its success led to the formation of Spool Films, Constellations, Denizen Recordings and the Antenna Media Centre. All work together under the umbrella of the Confetti Media Group.

Nottingham Trent University and Confetti are members of a consortium which run Notts TV.

The station was launched in May 2014 and is one of a number of local TV stations set up in the UK to provide local content and news.

The Channel’s first year has been a great success and attracted hundreds of thousands of viewers.

An investment of £350 million in estate and equipment across its three campuses during the last ten years has also led Nottingham Trent University to be one of the world’s greenest universities.