Residents who converted their homes without planning permission have been served enforcement notices by Newark and Sherwood District Council.

One property was being used as a holiday home on Air BnB – and was the subject of complaints about noise and anti-social behaviour from neighbours.

Another house had large outbuildings being built to the side, without permission. And the owners of a third had turned the outside of their home into a scrapyard.

Council officers say the seriousness of cases is increasing.

Between September 2020 and June 2022, the council responded to 790 enforcement cases.

A report from Matt Lamb, director lead, and Richard Marshall, senior planner (enforcement) at the council says: “Officers are actively investigating cases that include the creation of reservoirs and new dwellings without planning permission, unauthorised works to listed buildings and unlawful works to protected trees.”

Cases within the report include:

A brick outbuilding was being built to the front elevation of an existing house within Bilsthorpe. The extension was of a significant size and accordingly required planning permission. 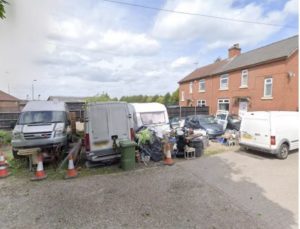 The occupant has over time acquired an unacceptable amount of broken vehicles, parts and other waste items, storing them on the front garden and driveway of the property.

A Section 215 Notice (untidy land) has previously been issued, requiring the land to be cleared. This scenario has repeated itself with further vehicles and items being amassed, however upon contact by officers, the occupant promptly acted to tidy the land and avoid any further formal enforcement action.

Complaints were received regarding anti-social behaviour, noise and parking issues resulting from the use of this property for short-term holiday lets – advertised through companies such as Air BnB.

This is a ‘grey area’ in planning law, and whether a material change of use has occurred is dependent upon the site’s context, scale of the use and its implications for the locality.

Complaints were extensive and the alleged behaviour of the occupants unacceptable. Officers corresponded with the owner of the property who removed the property from online rental listings and is now in the process of selling the property. 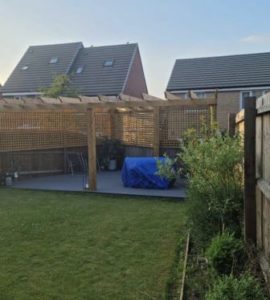 The enforcement case involves the building of a pergola and area of raised decking, which overlooked a number of neighbouring gardens due to the difference in land levels.

A retrospective application for planning permission to retain both the decking and pergola was submitted which was refused due to the impact upon neighbouring privacy.

An enforcement notice was issued requiring the removal of this development. Initially the decking and pergola was removed, however a subsequent inspection found that the decking had been reinstalled at a lower height.

The owners were informed that whilst they may have complied with the enforcement notice, the ‘new’ decking required planning permission and must also be removed. This has now been undertaken.

Without planning permission a flat-roof second storey was being built atop an existing single storey extension, leading to a serious loss of neighbouring privacy, and an uncharacteristic design.

A retrospective planning application was refused and a planning enforcement notice issued which required the extension to be removed and the property returned to its previous condition.

The enforcement notice and planning decision were appealed and subsequently dismissed. Following the appeal a second planning application was submitted.

This application proposed the retention of the extension, but with external materials proposed to be more in keeping with the existing character of the area, alongside revisions to the roof. This application received permission from the council and alterations have now been made to comply with the approval.

Officers will update district councillors at a meeting  on August 11 as to the measures being taken against residents who flout planning law.