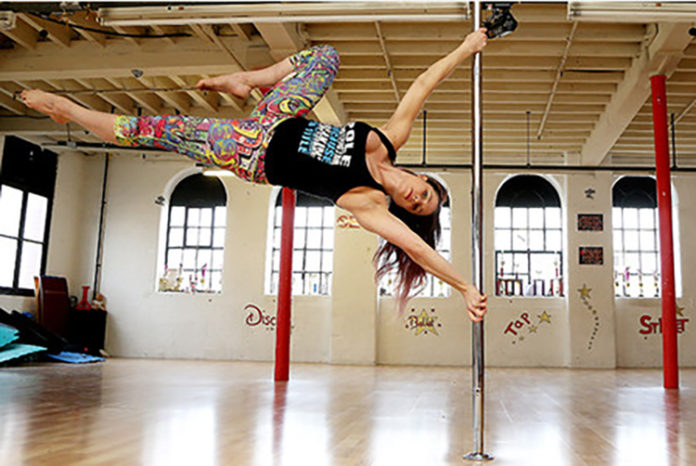 A Nottingham woman has finished second in a national pole dancing competition despite being seven months pregnant.

Kat Bailey, from West Bridgford, and her team mate, Danielle Hayne from Clifton, competed in the comedy category in the Pole Theatre UK competition on Saturday.

Kat, who is a former lecturer in psychology at Nottingham Trent University said: “It was a great experience, everyone did very well and not all competitions let you compete if you’re pregnant and I think I’m the only one in the UK who is competing whilst pregnant.

“My friends and family are really supportive of me, the only negative comments I get are mainly from the general public.”

The duo danced to MC Hammer’s ‘You Can’t Touch This‘ whilst cartwheeling and displaying a drawn-on smiley face on Kat’s bump.

Video: The duo’s pole dance routine at the competition.

She is hoping that others have seen her perform and they will be inspired to do the same, whether they are pregnant or not.

She added, “If getting my seven month pregnant belly out on stage inspires just one person to keep pursuing their passion, no matter what their circumstance, then it was all worth it.

“After I give birth, I will let my body rest for six weeks and then I’ll get straight back into it.”

Kat is going to carry on teaching for the next five weeks before taking a break from pole dancing to give birth.