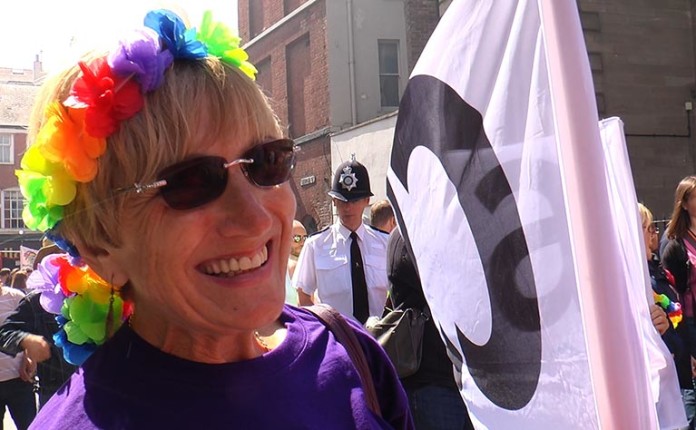 Thousands of people took to the Market square over the weekend to celebrate Nottinghamshire City Pride.

Nottinghamshire Pride Committee charity collapsed after losing sponsorship money two years ago. The event needs more than £11,000 to survive but its future remains uncertain after funding from Nottingham City Council was halved. It now relies on donations to keep itself up and running.

Secretary of Nottinghamshire City Pride, Craig Martin said: “We’ve got to make sure the event can sustain itself.”

The event celebrates the county’s lesbian, gay, bisexual and transgender community, encouraging all those who take part to celebrate who they are.

Tim Pollard, Nottingham’s official Robin Hood thinks the event is something the city should be proud of.

Next year the event hopes to gain sponsorships from businesses around the city to continue to put on the event which encourages everyone, no matter of their gender, to be accepted.