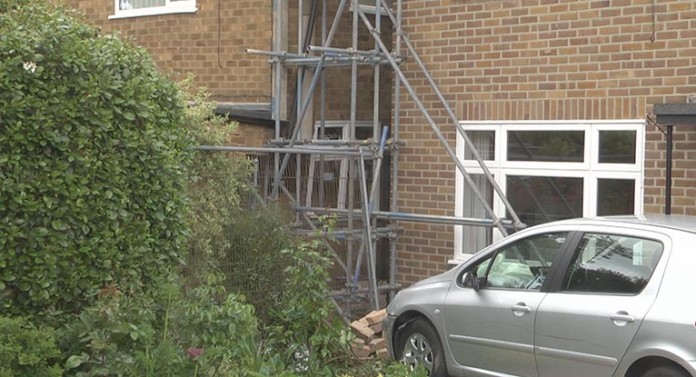 A family have had to temporarily move out of their Redhill home after their neighbour accidentally crashed her car into it.

Fire officers were called to the house on Monsell Drive on the evening of Monday 11 May to ensure everything was safe.

Image: Damage caused by the crash

Fortunately no-one was injured in the accident, but the damage did cause a gas leak which meant that the home’s residents and surrounding houses had to be evacuated.

The crash caused also significant damage to the side and front of the building and the family affected will have to temporarily move out amid fears over the leak.

Home-owner Mr Bannister, is just grateful that the incident was not more serious.

He said: “Although it is a very unfortunate incident, it’s just bricks and mortar. I’m just glad no one was injured.

I don’t blame anyone for this accident.

The culpable neighbour even gave the family a hand in moving out as a gesture of goodwill.

Nearby residents spoke to Notts TV News about the incident:

Video: Residents talk about the crash