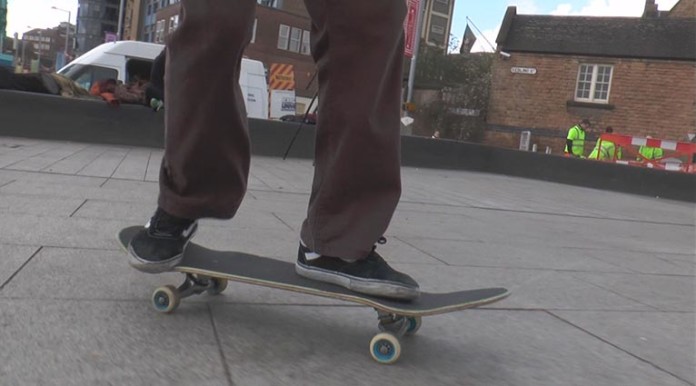 It appears skateboarders from across the country are skating their way to Nottingham, with more young people taking part in the sport than at any point in the last 30 years.

According to experienced boarder Scott Underdown, the skateboarding following in Nottingham is growing with more ‘die hard’ skaters in the city than ever before.

Scott, who works at skate shop Forty Two, says places like Sneinton are seeing an increase in skaters.

One of the city’s leading skaters, Alex Hallford, recently won first place at a competition in Scotland and says Nottingham is where it all began.

“I got into it through one of my local skate parks in Lady Bay and started learning tricks and I’ve been hooked ever since.

“Skateboarding is on the up again, the skate scene has improved a lot.”

Skateboarding is regarded by most as an American sport.

The sport dates back to around the 1940’s, when surfers in California wanted something to do when waves were flat.

It is reported that there are over 11 million skateboarders worldwide.

Jordan Fackery is one of the many skaters from across the country venturing to Notts to have their taste of the city’s skate scene.

For the best skating spots in town be sure to check out Forty Two’s website.