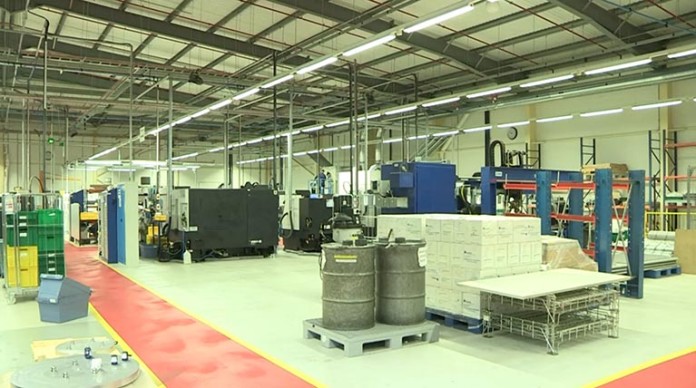 Staff at a Nottinghamshire-based global firm have praised its apprenticeship programme which has helped to change their lives.

Ruddington manufacturing company Green Tweede has been taking on apprentices since it launched its programme in 2006, and has gone on to hire each and every one of them.

The firm offers bespoke design and manufacturing expertise around the world and employs two new apprentices each year.

Speaking to Notts TV News, third-year apprentice Daniel Minchin, 23, said that without the apprenticeship scheme at Green Tweede, he would still be working in a motorway service station. “When I got into an apprenticeship I had the best of both worlds, I was earning and I was learning. It got me involved in the workplace and it kept my interest in other ways as well.

“It is nice to know I have got a secure job here after my apprenticeship.”

Speaking to Notts TV News, John Dilworth, the man in charge of the apprenticeship programme at Green Tweede, said that the scheme was about helping new talent to develop.

“The initial intention was to try and give something back,” he added.

“We started with one apprentice, then it was two, and we are now we are pretty much committed to two manufacturing apprentices each year.

“What we have found is, we are not so much giving something back. We are using this as a way of bringing new talent into the business, so it’s beneficial to us.”

Also on the apprenticeship programme is 18-year-old Strelley resident Sean Robinson, who is in his first year with the company.

“I think that apprenticeships are a good way to start off,” he said.

“You gain the experience, as well as gaining a qualification at the same time. Then it’s a good thing to have on your CV.

“At the moment, I have got a good experience out of this, there is a lot of things you learn, a lot of experience you gain, and I enjoy it.”