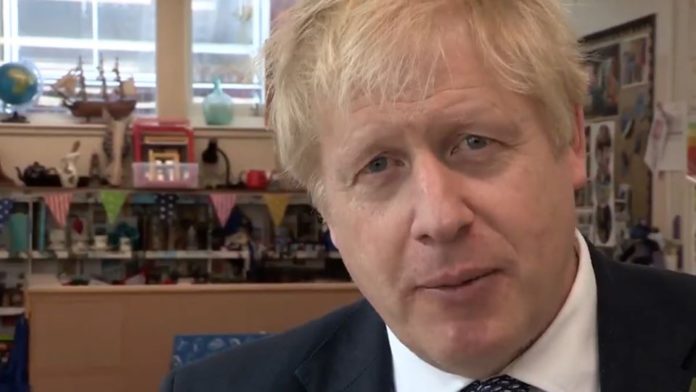 Boris Johnson has been moved to intensive care after his condition worsened.

The UK Prime Minister has been suffering from coronavirus since last week, and was taken to hospital on Sunday because of persistent symptoms.

Number 10 released a statement on Monday evening saying he had been moved to intensive care after his condition suddenly deteriorated.

Mr Johnson has asked Foreign Secretary Dominic Raab to deputise for him, a spokesman added.

The prime minister, 55, is at St Thomas’ Hospital in London.

His most recent public statement had been a Tweet on Friday urging people not to break social distancing rules on a weekend of fine weather.

On Sunday Mr Johnson said he was going to hospital on the advice of his doctor after his fever continued despite seven days of self-isolation with Covid-19.

Another quick update from me on our campaign against #coronavirus.

You are saving lives by staying at home, so I urge you to stick with it this weekend, even if we do have some fine weather.#StayHomeSaveLives pic.twitter.com/4GHmJhxXQ0

Mr Johnson was moved to the intensive care unit at around 7pm, a Downing Street statement added. He was conscious at the time and doctors said the move was a precaution in case he needed ventilation.

Mr Johnson’s pregnant partner Carrie Symonds has also been isolating at the couple’s Downing Street home after developing symptoms of the virus.

Ben Bradley, Conservative MP for Mansfield, tweeted on Monday to say his “thoughts and prayers” were with Mr Johnson.

Thoughts and prayers with this man tonight ❤️ #BackBoris pic.twitter.com/sAMw5RmgxX

Nadia Whittome, Labour MP for Nottingham East, added: “I wish the Prime Minister a speedy recovery, and his family the very best.”

I wish the Prime Minister a speedy recovery, and his family the very best. https://t.co/LOb6SYCc9I

Mr Raab, as first minister, is effectively the Government’s Deputy Prime Minister. Not all administrations appoint an official deputy, instead opting to allocate the responsibility to a minister with a separate portfolio.