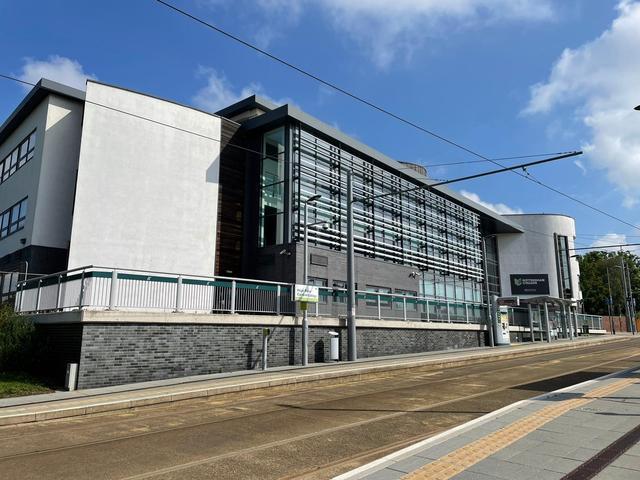 A developer said he is “over the moon” after his firm won an appeal to transform a derelict college site into student accommodation after councillors refused planning permission.

Residents were overjoyed last year when plans for a 162-bedroom student block were turned down by councillors for the former Nottingham College campus on High Road, Chilwell.

Now, the developer behind the original plans, ALB Group, said the plans have been approved after a “mammoth planning battle with Broxtowe Borough Planning Committee”.

The council will now have to pay costs to the developer.

ALB Group say they will start on site “with immediate effect” and plan to have the first apartments ready in September 2023.

The managing director said the appeal process took a “massive toll” on the company, which had to let some members of staff go.

The contentious plans gained a lot of attention after around 80 residents raised concerns over noise and parking.

The developer offered to increase the number of parking spaces from 15 to 25, but councillor Philip Owen (Con) said the plans to house students on the site were “unreasonable”.

Nottingham-based ALB Group bought the Nottingham College campus for an undisclosed sum back in 2020.

They submitted plans which were recommended for approval by council officers – but they were deferred in July and then turned down in September 2021.

There were cheers and tears from residents after the application was turned down in a narrow vote which saw six votes against planning permission and five votes for.

Arran Bailey, managing director at ALB Group said: “Despite having the full support of the planning officers and the head of planning at the committee last September, we lost out by one vote, and started the planning appeal process which has set us back 11 months. It took a massive toll on the company, and it resulted in me having to let people go.

“We are over the moon to get to this point and happy that we have also been awarded costs. We are looking to get started as quickly as possible on site.

“It has been a long hard process to get to this point, but it has all worked out for us in the end. After a lot of heartache, we can now finally see the light at the end of the tunnel and it has been a very hard journey.”

Paul Brailsford, National Head of Planning and Environment at Freeths LLP, who advised on the planning appeal, said: “It is very pleasing that the Inspector appointed by the Secretary of State to determine the appeal has granted planning permission so that the development can now proceed without further delay.

“The Inspector acknowledged the sustainable credentials of the proposal and following a thorough analysis of all of the issues concluded that there would be no unacceptable impacts on the local area noting that the Council had acted unreasonably in refusing planning permission as they had failed to provide any evidence to support their position. With the appellant’s costs for the appeal to be paid in full by the council this is the best possible outcome.”

A Broxtowe Borough Council spokesperson said: “The agents appealed the Council’s decision from the Planning Committee and won.”