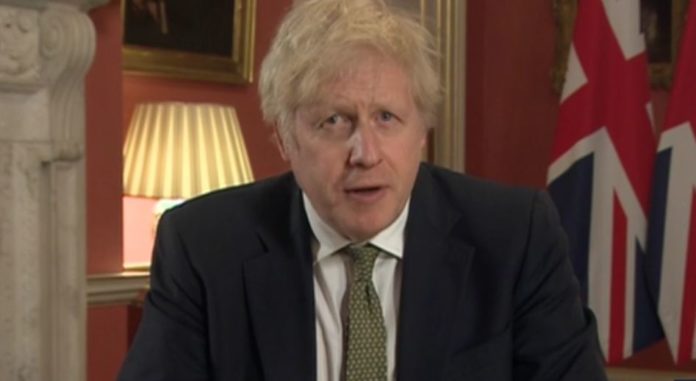 A full national ‘stay at home’ lockdown has been announced in England to try to control a surge in coronavirus cases.

The measures, similar to the March lockdown, will take effect from midnight tonight (Monday Jan 4), and replace the ‘tier 4’ restrictions Nottingham was under.

Prime Minister Boris Johnson said: “It’s clear we need to do more together to bring this new variant under control, while rolling out the vaccine.”

He issued a new general ‘stay at home’ instruction – with limited exceptions, including to seek medical help or shop for basic necessities.

He added the changes were necessary to avoid the NHS being overwhelmed with Covid-19 patients.

The new variant is between 50 and 70 per cent more transmissible than the initial variant of the virus, and scientists believe it is now present in most of the country.

Schools will close immediately, except to vulnerable children or those of key workers, at least until February half term. Summer GCSE and A-Level plans will not go ahead as originally planned. Clinically vulnerable people are also to be instructed to shield again.

The Government released the full list of restrictions and exceptions online as the Prime Minister made his statement at 8pm. The restrictions are expected to remain in place until at least February.

Pressure on hospitals in England continues to be highest in the South East. King’s College hospital in South London has cancelled all urgent cancer surgery for Monday and Tuesday because of a surge in demand for beds including intensive care support.

But there is evidence of a surge in demand caused by the virus threatening local NHS services.

Hospitals in Nottingham city and the county had 253 admissions relating to Covid-19 in the seven days to December 27, compared with 246 for the previous seven days.

Government figures also show there have been 407 more deaths in the past 24 hours. It takes the total number of people who have died within 28 days of a positive COVID test in the UK to 75,431.

The announcement of sudden school closures came after days of confusion in education. Most primary schools in England – including the majority in Nottinghamshire – had only re-opened on Monday morning for the new term. A delayed opening had already been announced for secondary schools.

Over the weekend, teachers’ unions had called for schools to close, and both Nottinghamshire councils had said they would leave headteachers to make their own decisions on opening, rather than try to force them to keep classes going.

The rollout of vaccines among those clinically most vulnerable would now accelerate, the Prime Minister added.

On Monday the newly-approved coronavirus vaccine created by Oxford University and AstraZeneca started a UK roll-out.

Millions of doses of the jab are expected to be administered over the next few weeks – although it remains unclear what impact – if any – this will have on the recent surge in cases.