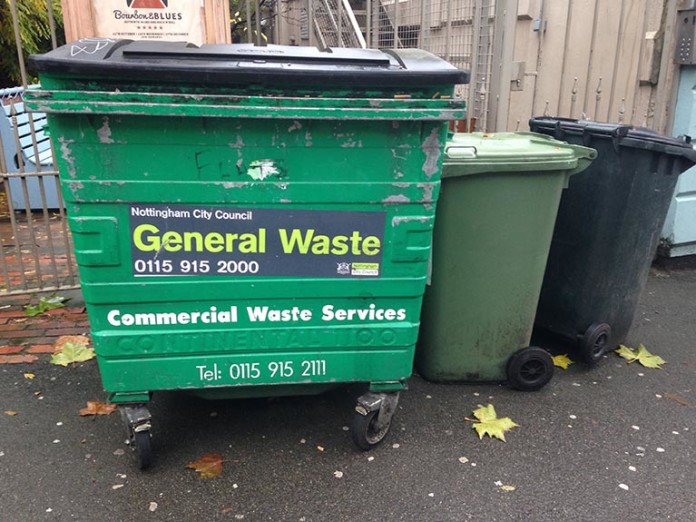 Nottingham has been recognised as Britain’s Cleanest City at the Clean Britain Awards.

This comes after the city council submitted an application to the awards, ran by the Chartered Institute of Waste Management (CIWM), in September.

The city also received the Gold Standard Award at the ceremony in Birmingham on Wednesday.

Clean Britain is now in its 25th year and rewards the achievements of local authorities which strive to maintain top quality local environments.

Nottingham has worked over the last year to combat waste around the city through a number of initiatives, which includes clearing 90% of reported fly-tips, graffiti and dog fouling within 48 hours.

The council has also invested heavily into street cleansing units, including the city-wide solar powered bins and a specialised washer to remove gum off the streets.

A heavy focus in the council’s awards application was placed on citizen feedback and gauging public opinion on cleanliness standards.

Residents’ satisfaction with cleanliness is currently at an all-time high while the number of people concerned about litter, graffiti, dog fouling and fly-tipping has decreased.

Cllr Nicola Heaton, Portfolio Holder for Community Services at Nottingham City Council, was honoured to have been recognised by the CIWN.

She said: “This award is the culmination of years of hard work by our dedicated staff, as well as our partners, to ensure we deliver the best service to the citizens of Nottingham.”

“We have invested in innovative ways of working and have redesigned our services to make sure they are efficient and cost effective and always keeping out citizens at the heart of what we do.

The councillor is now determined the build on the city’s success and continue to provide spotless streets and innovative forms of waste management.

Doreen Carruthers, resident in Bulwell and coordinator of the local Neighbourhood Watch and Speedwatch Scheme, praised the council’s efforts in removing dog fouling and wet leaves.

She added: “The mechanical brushes that clean up leaves are a really good idea as it gets rid of wet leaves which is a safety issue therefore preventing people slipping and having accidents.”